Single Black Female is a two-woman show with rapid-fire comic vignettes that explore the lives of thirty-something African American middle-class women in urban America as they search for love, clothes, and dignity in a world that fails to recognize them amongst a parade of stereotypical images.

“I’m delighted that Single Black Female is finally being produced in Austin. It feels like a homecoming of sorts,” said playwright Lisa B. Thompson. “It will give audiences familiar with my newer work a sense of where it began for me as a writer. Although the comedy had its world premiere two decades ago, it gives me great pleasure that the issues raised still resonate deeply with theatre goers. It’s exciting to finally work with producer Lisa Scheps, director Matrex Kilgore, the talented production team, and amazing actors who will bring this story to the stage.”

Director Matrex Kilgore explains why he was drawn to this piece, “Lisa B. Thompson has written a hilarious fast paced play, where the words dance off the page to show us a story and perspective we often don’t see portrayed on stage. Simply put - the play is funny, fast, striking, bold, Black, Female, part celebration, part investigation, part party, part confession, and I am excited to share this show with the Austin community.” Kilgore continues, “Ground Floor Theatre is a place that feels like home to me, and I can’t think of a better theatre, production team or cast to do this show.”

The cast is Michelle Alexander as SBF#1 and Valoneecia Tolbert as SBF#2.

Performances run February 13-29, 2020 at Ground Floor Theatre, 979 Springdale Road, Austin, TX at the corner of Springdale and Airport. Performances are Thursday through Saturday nights at 8:00 PM and Sundays at 5:00 PM.

Talkbacks will be held after performances on February 20 and 28.

Ground Floor Theatre believes in “theatre for everyone” regardless of ability to pay, so tickets are always “Pay What You Can”. Tickets can be purchased at groundfloortheatre.org 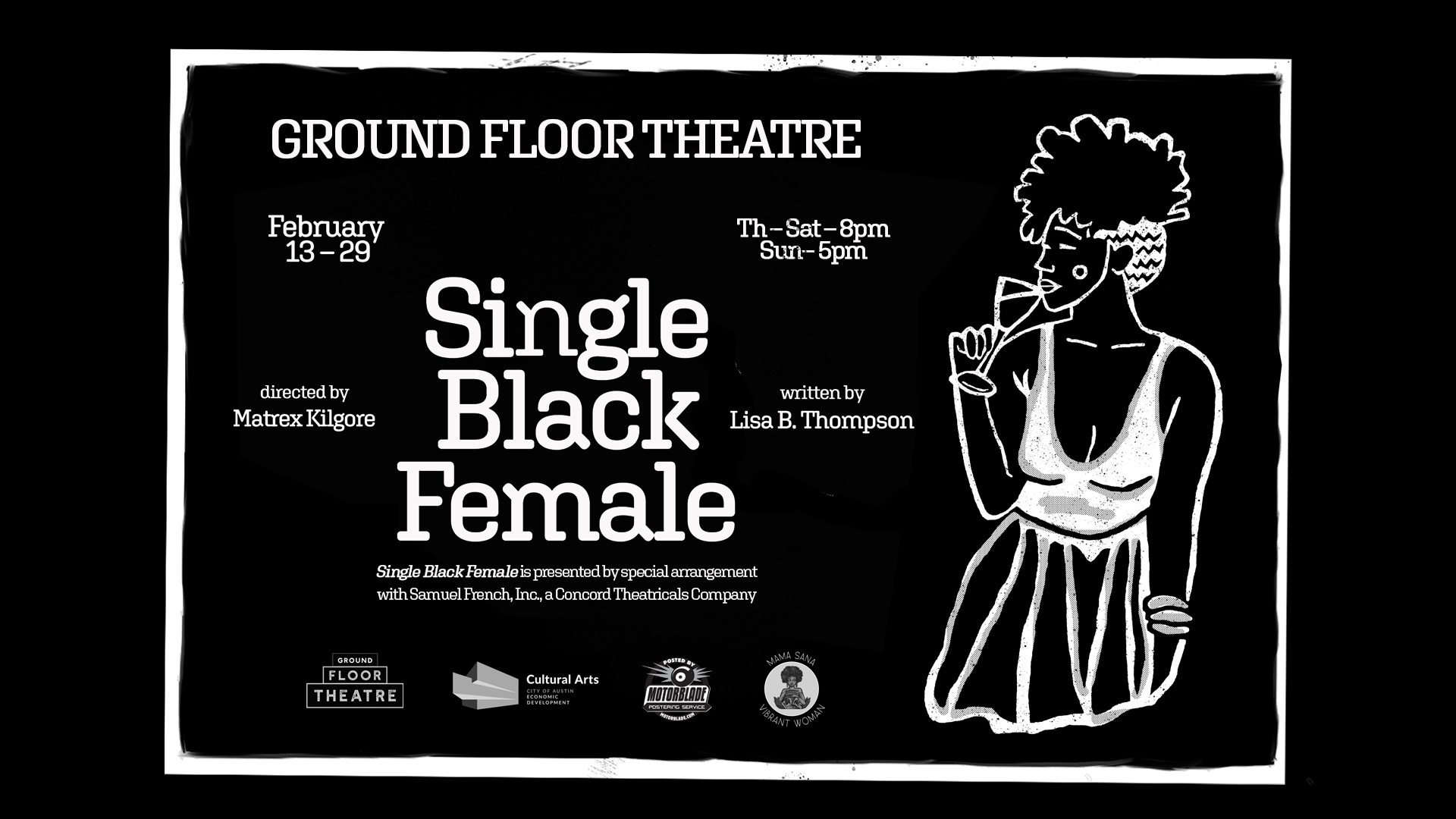