The stories about the Texas bluebonnet are as old as the hills and most of them include a Native American girl who first saw these amazing blue flowers.  However, many of these versions of the legend involve the Comanche or one of the many plains tribes, despite the fact that these groups only arrived in Texas less than 400 years ago.  Bluebonnets have been here a lot longer. 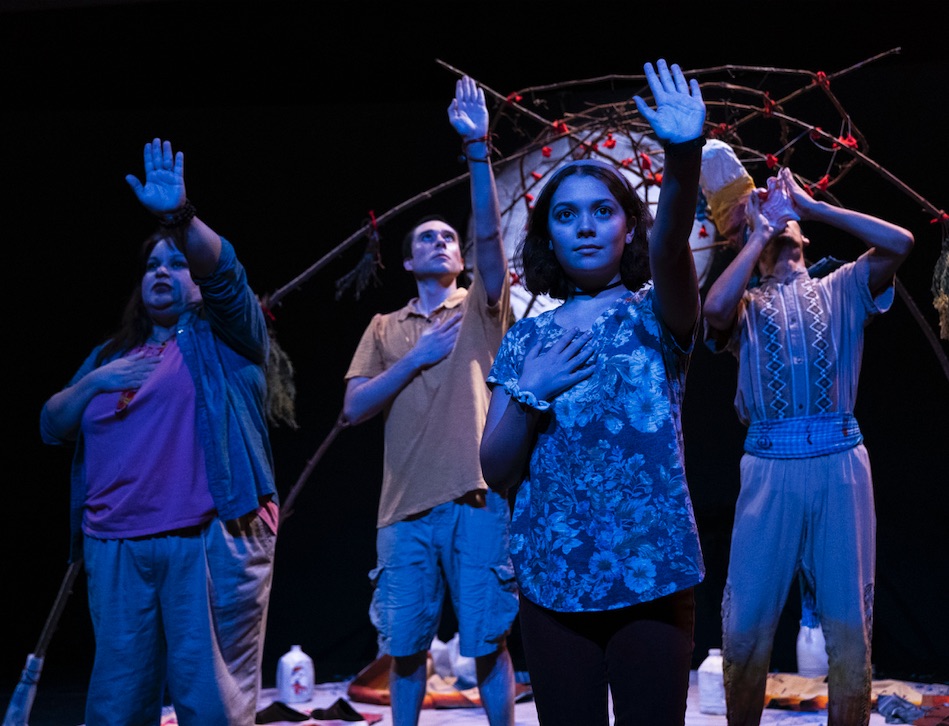 The people who were most likely to have seen the first bluebonnets were the ancestors of the Coahuiltecan people, also known as the Mission Indians;  original Texas Native Americans who have been here for thousands of years. So what is the Coahuiltecan’s legend of the bluebonnet?

This is one of the themes of “Yana Wana’s Legend of the Bluebonnet,” a play for young audiences produced by local nonprofit Indigenous Cultures Institute and Austin’s Teatro Vivo, and funded by the San Marcos Arts Commission, City of Austin’s Cultural Contracts, and Texas Commission on the Arts. The play will have one last showing in Austin on Saturday, January 25 at the ESB-Mexican American Cultural Center on 600 River Street at 8:00 PM.

The play is about present-day, thirteen-year-old María who is having trouble in school.  So her mom sends her to stay with her Coahuiltecan grandmother in distant Laredo for discipline and perspective.  There, María is told an ancient story of young Yana Wana who followed a sacred deer to find water and save her people from a prolonged drought. Yana Wana undertakes a perilous journey all the way to the Sacred Springs where she finds the gushing fountains that have never gone dry, in the place now called San Marcos. This ancient story exposes an amazing and unknown ancestral connection to the bluebonnet that gives María a renewed sense of herself and her community through her Native American identity.

The play was first commissioned and produced by the Dallas Children’s Theater in 2018.   Indigenous composer Héctor Martínez-Morales, wrote five original songs for the play, sung in the Coahuiltecan language.   Last year the play is was produced in Central Texas and performed by an all indigenous cast and crew, with the  multiple award-winning director Rudy Ramirez. The playwrights are Coahuiltecan Maria Rocha and her daughter, Roxanne Schroeder-Arce, who saw the need for authentic representation of, and stories about the heritage of Texas students historically misidentified as Hispanic/Latino. 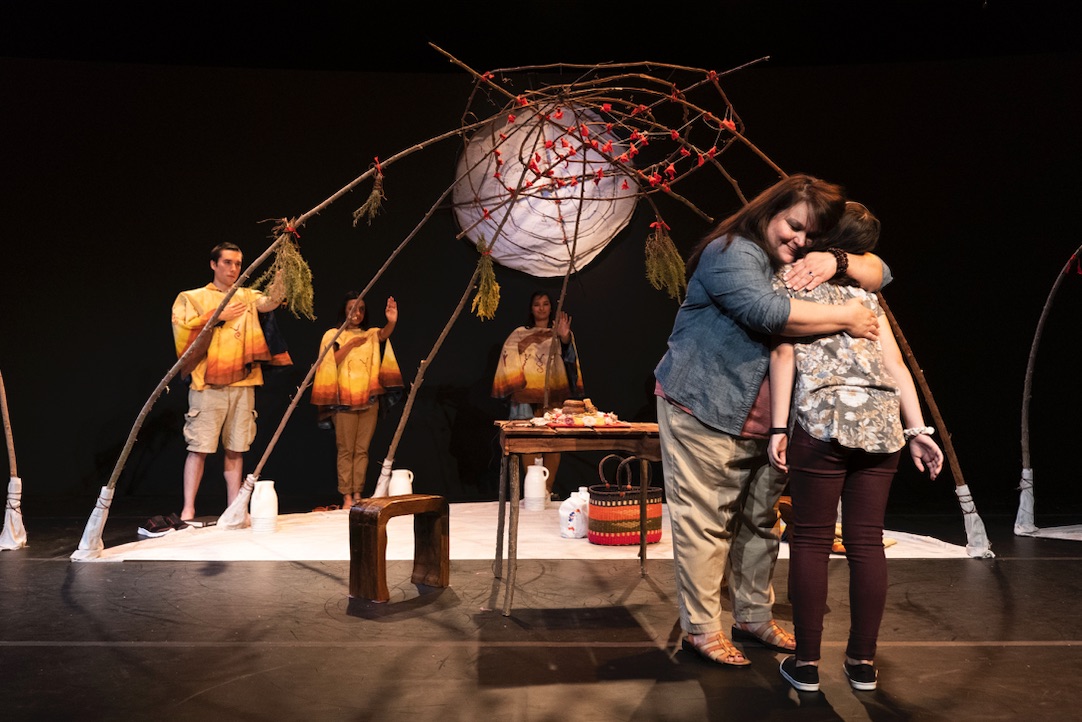 “The majority of Hispanic students in our public schools are indigenous; but their history has been erased and they are unaware of the stories of their ancient ancestors,” says Rocha. “‘Yana Wana’ is the story of how their Coahuiltecan forebears first saw the bluebonnets of Texas, the homeland of their families for hundreds, indeed thousands of years.”

There were more than two hundred bands of Coahuiltecans who populated Texas and northern Mexico for more than 13,000 years. They were the first people that the Spaniards encountered when they invaded this area. More commonly known as Mission Indians, these people gradually blended into the Spaniard and then Mexican identity for survival, and eventually became the majority of Texas citizens now known as Hispanics and Latinos.

“This Coahuiltecan play is special because it’s the first of its kind that we have on record.  Also, it’s produced and performed by indigenous people,” says Rocha.  “Very seldom do we have control of our own stories and how they’re told. This play is our voice.”

You may have read one version in school.  Now Indigenous Cultures Institute invites you to experience the legend of the bluebonnet through the eyes of Yana Wana.  This beautiful, original play illustrates the power of heritage and the value of a people’s story – especially one as ancient as the petroglyphs of Texas. 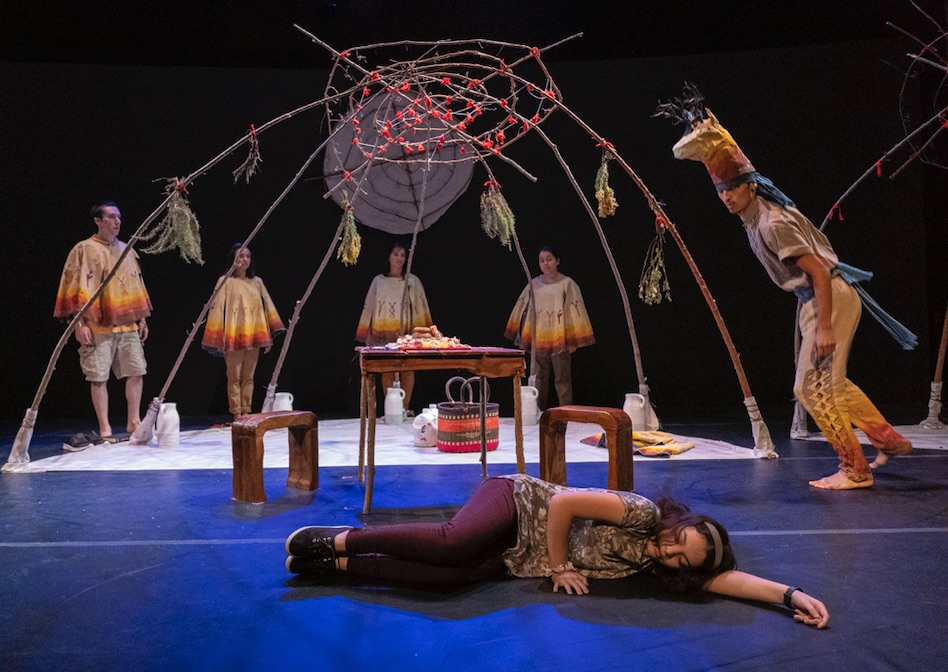 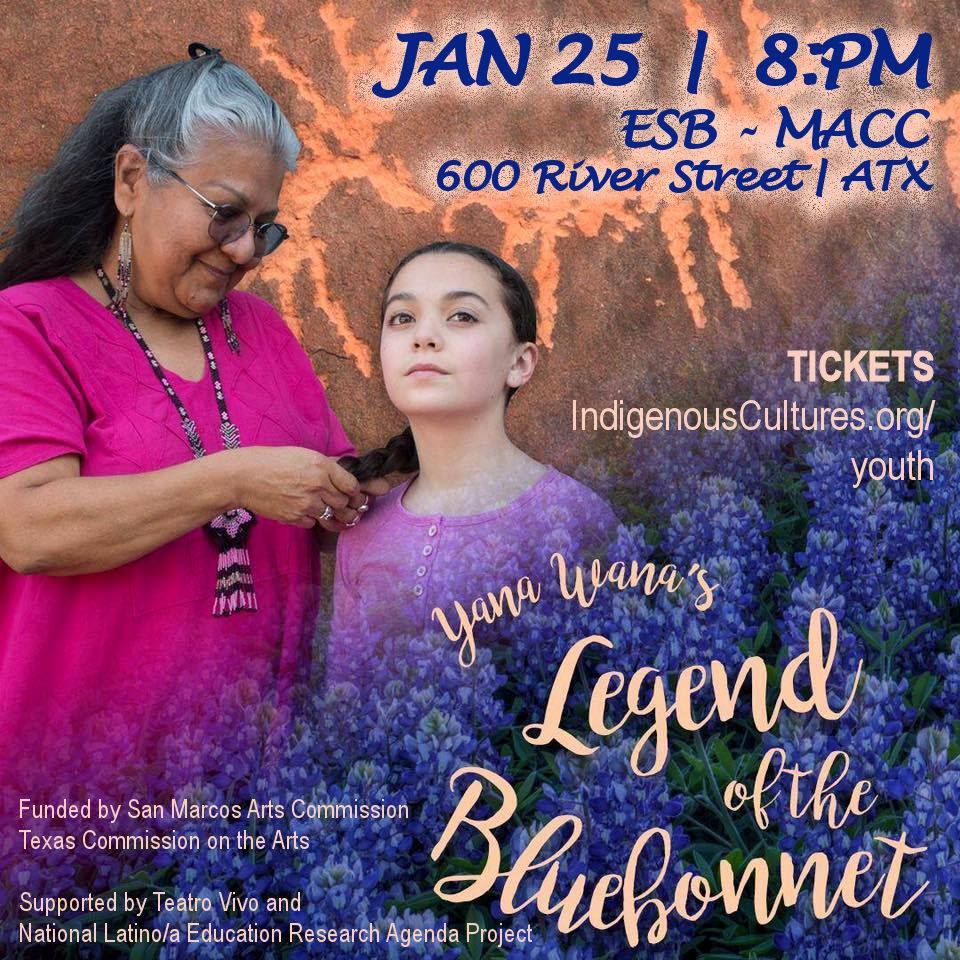