1973, West Virginia. Following a cave collapse, 5 coal miners struggle to survive the dwindling supply of oxygen, the lack of food and water, the unravelling sense of passing time, and, even more threatening, their own competing natures. Brutally weaving through family histories, complicated friendships, crooked politics, childhood visions, audacious hopes, eerie dreams, criminal addictions, and fervent spirituality in this run-ofthe-mill Appalachian community, Butcher Holler Here We Come is a descent into the male psyche-in-crisis where secret desires, carnal urges, and hidden memories come boiling to the surface in a primitive territory of Earth that mirrors the subliminal mind.

“Visceral. A jarring piece of theater and a fine introduction to the Tank’s DarkFest!” – The New York Times

“A Vulnerable and exciting experience. One grand hallucination!” – NY TheatreScene

“The play feels like a secret, as if the audience is the first to witness an undiscovered talent…it is an incomparable production that tests the limits of theatre.” – Arkansas Traveler.

“Stunning & a cathartic theatre piece not to be missed!” – BroadwayWorld

“Shattering…[It] played like a combination nightmare, mystery rite, and horror ride at a depraved theme park.. The acting is terrific: elemental, raw, and persuasively aggressive. Leah Bonvissuto’s direction could hardly be more menacing. Casey Wimpee’s script is, finally, awe-inspiring. The consistency of a shocking dream and authority of brutal poetry” –CreativeLoafing, Tampa

“Wonderful…exceptional performances and use of our own senses against us making it a standout Fringe 2013 experience….unnerving and allows us to experience the loss of our rational world even as the trapped coal-miners lose their grip on their own.” -Black and Gold Review

“An intense, funny, scary, dark experience… five excellent actors with an engrossing, serious script that keeps you on the edge of your seat… See the show, and be prepared to leave a piece of your soul in the dark space.” –CityBeat, Cincinnati

“Literally and figuratively underground theater at its best! …The playwright does not shy from showing men at their worst; there is no sentimentality in this play. At the same time, he manages to portray these besieged miners with respect and understanding… Part ghost story, part psychological thriller, part dark comedy, Butcher Holler is a remarkable drama featuring five actors whose commitment and dedication to this challenging, uncompromising work are worthy of a Fringe prize!” — Total Theatre

“A gut-punch of a play…Written by the always-edgy Casey Wimpee and directed furiously by Leah Bonvissuto, it’s a snarl of a piece…an Epic poem! – BC BlogCritics, NYC “Dramatic, disturbing and ingeniously staged… the result is constantly shifting sound and visual perspectives that can often surprise and rattle the audience. (Bless live theater, there is no way a movie would be able to give you this type of visceral sensation!) Highly entertaining, innovative and impressive, this is a fascinating journey.” — Haunt Life / Hollywood Fringe

“Guided by director Leah Bonvissuto, it’s some of the most grounded, honest acting I’ve seen from a company in a long time … a near-perfect script!” – Matt Ritchey, Hollywood Fringe

“The mission of [Ad Hoc] Economy is to showcase works with an emphasis on “American Culture and its relationship to ritual, mythology, madness, dreams, and deliverance.” Butcher Holler Here We Come stomps and kicks and gasps its way through each one of these huge topics, swirling them around in a pitch dark stew, imploring us to hold on and pray for escape.” – StageBuddy 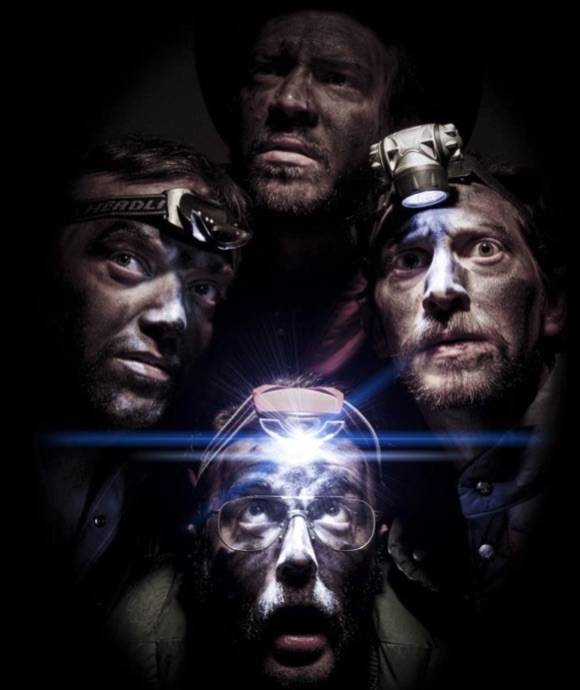 Founded in 2008, A.E. is a Brooklyn-based theatre company that seeks to provide a fresh perspective on Americana and its relationship to ritual and myth.