The Widow in Mink
by Boerne Community Theatre

Margaret Osgood, a sweet, quiet woman who is somewhat oblivious to details, is now shocked to find herself a recent widow and quite wealthy. She tries to adjust to her new life, first by buying herself a mink coat, a long-awaited extravagance, and joining the Wandering Widows’ Club where she makes good friends and creates a new social life. She soon finds herself pursued by Charlie, her late husband’s business partner, who questions her desire to donate much of her new-found money to charity. Is he just concerned about her financial future or is he more interested in his own? Margaret’s worried niece Julie, an investigative reporter, seeks to protect her aunt while playing an exasperating game of verbal volleyball with her boyfriend Roger. He’s a rich and seemingly idle young man who keeps proposing to Julie but may have secrets of his own. Meanwhile, Margaret’s new friends enjoy all the drama with a few tart quips and a bit of flirtation thrown in. Will false intentions and false assumptions eventually become clear to make way for true love?

The Widow in Mink
by Carl Williams
Boerne Community Theatre 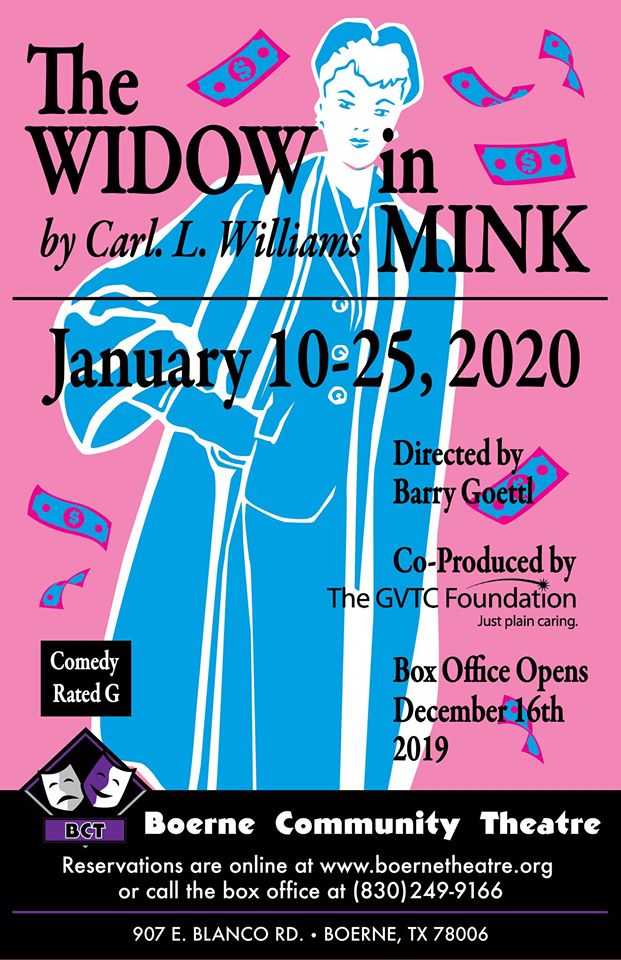