Fumbling for the Knob
by Salvage Vanguard Theater

In the stench of an East Texas refinery town, a gay boy is born in the closet to a family of fundamentalist Christians. At the age of 10, a closeted gay uncle takes advantage of him, and tells him the only way to exist in this world is to hide his true nature. A thousand miles north, a closeted homosexual named John Wayne Gacy picks up homeless boys in an Illinois bus station. In 1980, Gacy goes on trial for the murder of 33 boys and young men. The closeted boy in Texas, now a young man, learns about Gacy and understands the power of the serial killer’s shame. It takes the closeted boy years to find a path to forgiveness for a lifetime of regret.

Fumbling for the Knob is an (almost) solo performance in progress. This workshop reading features object puppetry, original music, irreverent humor, and heart-wrenching honesty. Fumbling for the Knob is Jay Byrd’s theatricalized experimental memoir about closets. Closets of the mind; the closets where we hide our shameful secrets; the closets we’re forced into by family or society.

Contains mature subject matter which may not be suitable for all audiences. Parental guidance suggested.

ABOUT THE ARTIST: James Dean Jay Byrd is a writer/performer living in Austin, Texas. He has been seen onstage in productions by Rude Mechs, Capital T Theatre, Paper Chairs, and others, including Salvage Vanguard Theater, where his solo show, Naked as a Gaybird (2015), directed by SVT’s then-artistic director, Jenny Larson, earned him a B. Iden Payne award. An expanded version of one of the stories from that show was performed live at the Risk! podcast in Indianapolis, Indiana, in 2019, and can be heard online at http://risk-show.com/podcast/tramps-like-us/. JDJB’s writing has been published in Austin Community College’s Rio Review, Peachfuzz Magazine, The Manhattanville Review, The Olivetree Review, among others. For more information, go to jamesdeanjaybyrd.com

Fumbling for the Knob
by Jay Bird
Salvage Vanguard Theater

Friday,
December 20, 2019
unspecified in Austin
somewhere in Austin
to be announced
Austin, TX, 78700

TICKETS: Free, online or at the door! The box office opens at 6 pm, Performance at 7 pm. Reservations can be made at salvagevanguard.org/tickets/ 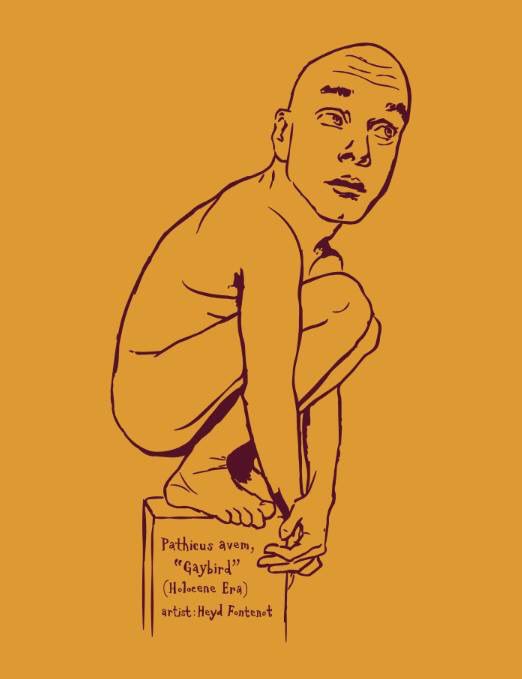