This ever-evolving play is about what veterans face when they return to civilian life, a topic of much concern in this area around Military City. The stories are sometimes humorous, sometimes poignant. There is some salty language; hence the PG-17 rating.
BCT produced this work in 2016. Much of the same cast is included in this production, but there are newcomers, too. Current cast members are: Chuck Brower, Terrie Maclaren, David Clingan, Monica Maddox, Robin Cunningham, Nicole Meyer, Julie Dupont, Harry Shaw, Denise Fortenberry, Sheree Stevens, Ted Gibbs, Kimberly Stoner, Jennifer Goetz, Timothy Stoner, Ken Lopez-Maddox, Dara Stringer, Dustin Lucas and Jerry Watson.
Director Allen Rudolph was asked to present another production of The Veterans Play Project by its co-producer, Angels All Around You. They are being helped with the funding by Dr. Cliff Luttrell of the Boerne Dental Center. Martin Vidal is assistant director. 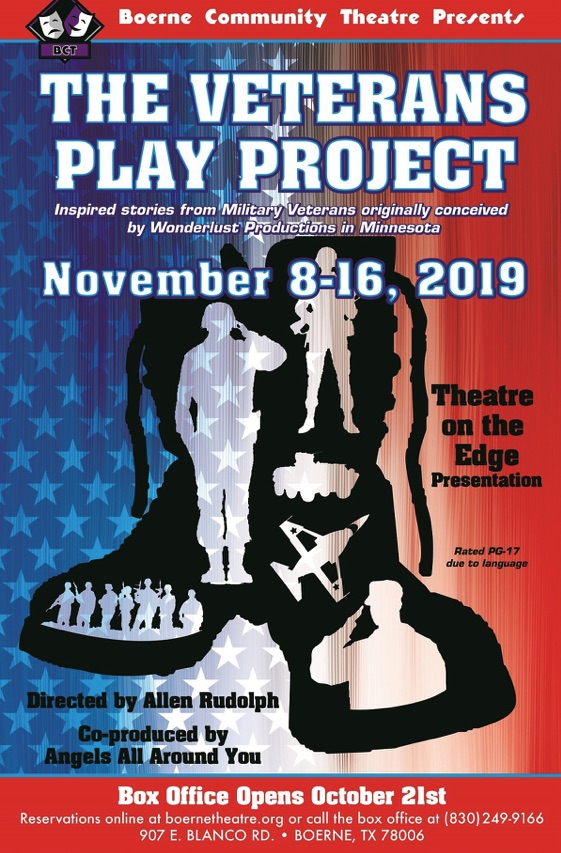