Thirteen-year-old María is having trouble in school, so her mom sends her to stay with her Coahuiltecan grandmother in distant Laredo for discipline and perspective.  There, María is told an ancient story of young Yana Wana who followed a revered deer to find water to save her people. Yana Wana’s story exposes​ an amazing and unknown ancestral connection to the bluebonnet that gives María a renewed sense of self and family pride.  You may have read one version in school; now we invite you to come see the legend through the eyes of Yana Wana in this world premiere.  A beautiful, original play that illustrates the power of heritage and the value of one’s own story – especially one as ancient as the petroglyphs of Texas.

The Indigenous Cultures Institute is producing the children's play Yana Wana's Legend of the Bluebonnet, in partnership with the Teatro Vivo of Austin, written by Miakan Garza and Roxanne Schroeder-Arce. The play was commissioned by the Dallas Children's Theater and premiered in Dallas on March 23, 2018. The Institute will present the play in Austin from October 3 through the 12th, and in San Marcos on October 15 and 16; and tour into Central and South Texas communities in December.

For tickets, visit: HERE and scroll down to OCT 16th. 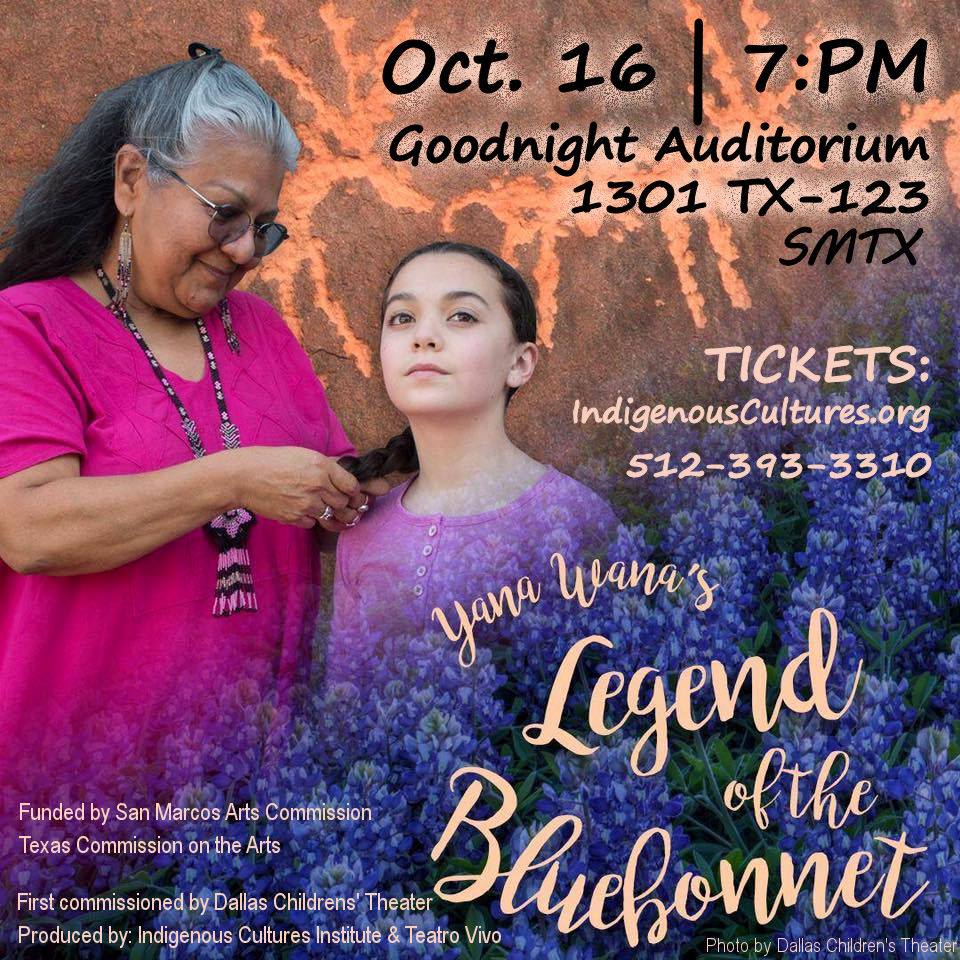