Welcome to Tuna, the “third-smallest” town in Texas.  Follow the journey of Bertha and Ales, Didi Snavley, Stanley, and the rest of this small town’s citizens in the third installment of the Tuna trilogy, each set in the fictional town of Tuna, Texas, the "third-smallest" town in the state.  The plays were famously written by Ed Howard, Joe Sears, and Jaston Williams; and Red, White and Tuna is directed for the Palace by Ron Watson, the Palace’s Executive/Artistic Director.

Kirk Kelso and Rick Felkins are the well-known actors who play many characters in this one!

This much anticipated third installment in the Tuna Trilogy takes the audience through another satirical ride into the hearts and minds of the polyester-clad citizens of Texas' third smallest town.  Along with Tuna's perennial favorites, some new Tuna inhabitants burst into the 4th of July Tuna High School Class Reunion.  This sets the stage for a show full of fireworks and fun from the land where “the Lion's Club is too liberal and Patsy Cline never dies.”

It's been some time now since we left Bertha and Arles dancing at the end of A Tuna Christmas...Did the romance blossom? Has Didi Snavley received any "cosmic" communications from R.R.'s UFO? Did Stanley make his fortune in the Albuquerque taxidermy business? These and other burning questions will be asked and answered in this side-splitting spoof of life in rural America.

Don’t miss Red, White & Tuna in The Palace Playhouse from Friday, September 27 to Sunday, October 20, 2019.  *$4 ticketing fee will be added per ticket at checkout.

LOCATION: The Playhouse is located around the corner from the Palace Theatre at 216 W. 8th Street. It is a storefront that we have transformed into 90-seat Black Box Theatre. 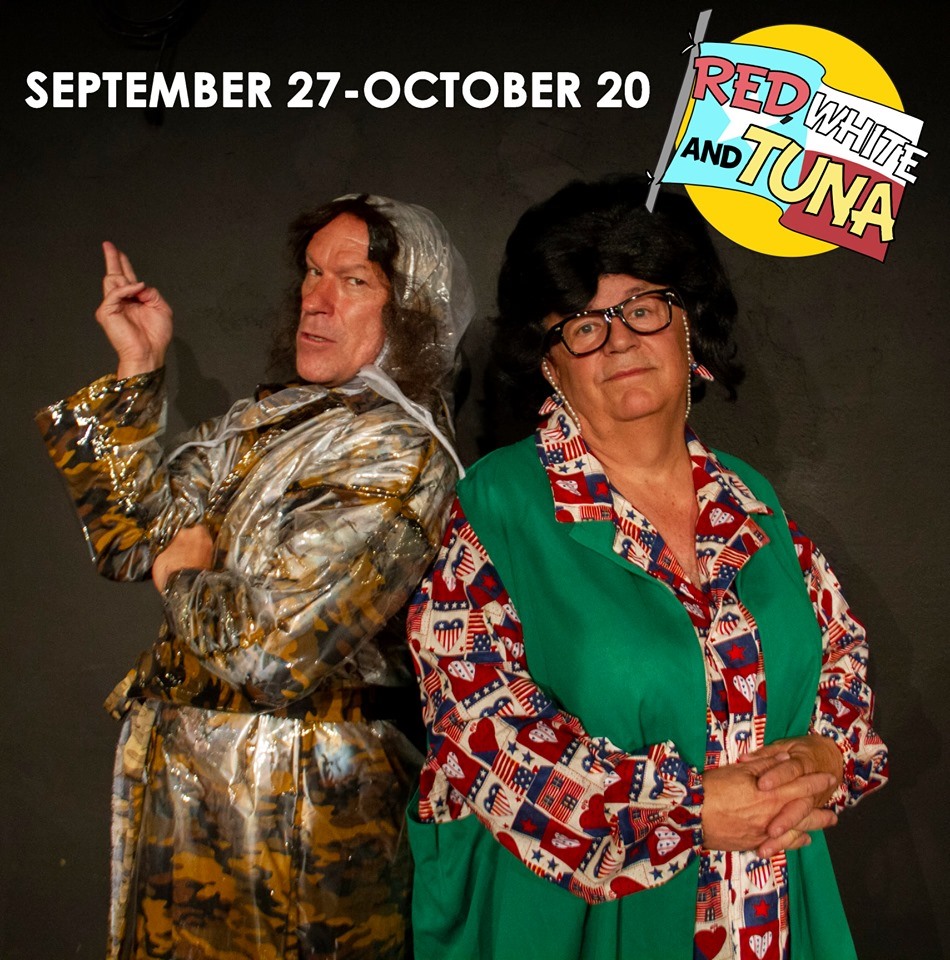