Wait Until Dark
by Rialto Theatre

1944 Greenwich Village, Susan Hendrix, a blind yet capable woman, is  imperiled by a trio of men in her own apartment. As the climax builds,  Susan discovers that her blindness just might be the key to her escape,  but she and her tormentors must wait until dark to play out this classic  thriller’s chilling conclusion 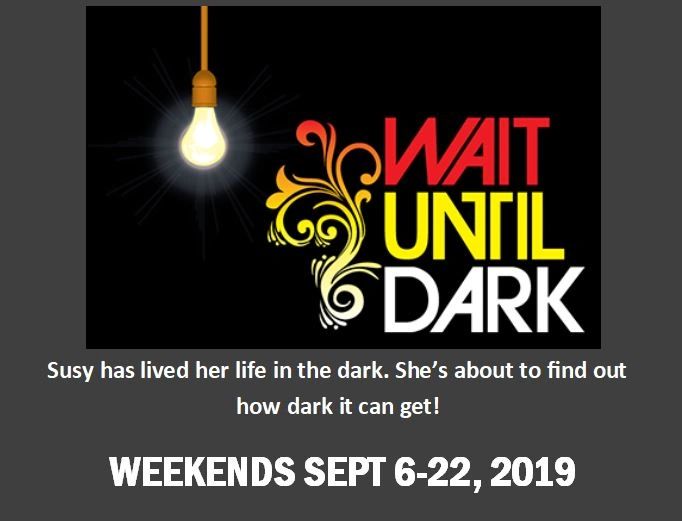 Mission To provide education in the arts through visual art, music, and live theater while preserving the historical & cultural integrity of the 1937 Rialto Theater building.     In …