Ground Floor Theatre announces the world premiere of TRANSom, a devised play by the TRANSom ensemble running August 15-31, 2019. Co-directed by Lisa Scheps and Jess O’Rear, TRANSom tells the story of a found family of trans and non-binary people living under the same roof with 100% of the creators of identifying as trans or non-binary.

Experience the joys, sorrows, and conflicts of this found family in this devised work as it redefines the meaning and importance ofcommunity. Ground Floor Theatre’s founder and Co-Artistic Director, Lisa Scheps explains her excitement on this production, “This is something that I have wanted to do since we opened Ground Floor. The trans community is a kind of mystery to the public, but this play shows that trans and non-binary people deal with the same day to day joys and drama as everyone else.”

\Ground Floor Theatre concentrates on works by and for underrepresented communities. It serves as an incubator to foster and grow new and groundbreaking works that shine a light on groups that are often overlooked. It is also a home for the Austin theatre community to come together and learn from one another in order to help Austin continue to excel as a leader in the national theatre community. For more information visit www.groundfloortheatre.org.

Performances run August 15-31, 2019 at Ground Floor Theatre, 979 Springdale Road, Austin, TX at the corner of Springdale and Airport. Performances are Thursday through Saturday nights at 8:00 PM and Sundays at 5:00 PM.

The “First Friday” performance on August 16 includes a reception.

Ground Floor Theatre believes in “theatre for everyone” regardless of ability to pay, so tickets are always “Pay What You Can”. 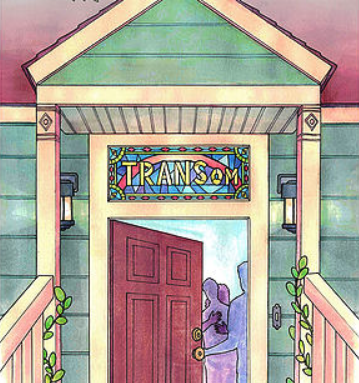