Forever Plaid is a most popular stage musical that truly stands the test of time!  This deliciously fun revue is chock-full of classic barbershop quartet harmonies, pitch-perfect melodies, and great nostalgic pop hits of the 1950s.  The story goes like this:  Once upon a time, four guys (Sparky, Smudge, Jinx, and Frankie) discovered that they shared a love for music and idolized ‘The Four Freshmen’, ‘The Hi-Lo's’,  and ‘The Crew Cuts’.  Then they got together to become their idols:  rehearsing in the basement of Smudge's family's plumbing supply company, they become "Forever Plaid".  However, on the way to their first big gig, the "Plaids" are broadsided by a school bus and killed instantly.  But do not despair!  It is at this moment – when their careers and lives end – that the story of Forever Plaid begins....

Written and Originally Directed and Choreographed by Stuart Ross

Five extremely talented and successful actors grace the Palace stage in the roles of Sparky (Sonny Bushak), Smudge (Buddy Novak), Jinx (Billy Gilbert), and Francis (Wil Pintauro-Tabares) – plus the all-important Narrator (Danny Pintauro).  Singing in close harmony, the "Plaids" squabble boyishly over the smallest intonations, executing their charmingly outlandish choreography with overzealous precision.  They are a guaranteed smash hit, with a program of beloved songs and delightful patter that keeps audiences rolling in the aisles when they're not humming along.

Some tempting nuggets about the actors (come to the show, read the playbill for much more):  Danny Pintauro (Narrator) is best known for his eight-year run as Jonathan Bower on television’s Who’s The Boss. He began his career at the age of 2 as a model and commercial actor.  Wil Tabares (Francis) was recently seen on the Palace stage as Jim in Pump Boys and Dinettes.  He's a professional flamenco dancer and has encompassed every aspect of performance throughout his 40-year career.  Sonny Bushak (Sparky) studies theatre at Southwestern University where his previous musical roles include Georg Zirschnitz in a production of Spring Awakening. William Gilbert (Jinx) is returning for a third time to the Georgetown Palace Theatre stage, most recently seen as Carl Hanratty in Catch Me If You Can.  Buddy Novak (Smudge) is excited to be performing in his 18th Palace Mainstage Production.  Buddy was the 2017 Broadway World Austin winner for Best Featured Actor in a Musical.

Lannie Hilboldt, the Palace’s director of music, directs Forever Plaid and plays Bass; Jonathan Borden plays Piano and is conductor of the band, for which Rob Fedson plays drums.  Courtney Wissinger-Eiland is choreographer for Forever Plaid.

Forever Plaid was nominated for the Drama Desk Award in both 1990 and 1991. The Drama Desk Award for Outstanding Revue is an annual award presented by Drama Desk in recognition of achievements in the theatre among Broadway, Off Broadway, and Off-Off Broadway productions.  The category was established beginning with the 1990-91 season, originally entitled Musical Revue-Entertainment.

The Palace is most appreciative of the generous sponsorship of Forever Plaid by Berry Creek Life Magazine, a private community magazine designed exclusively for the residents of Berry Creek.  Community Impact Newspaper is a 2018-2019 season sponsor, and will also be sponsoring the Palace’s 2019-2020 season beginning in October! 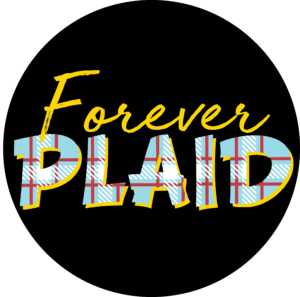