An Evening of Culture
by Boerne Community Theatre

We're in Mineola County, where the Community Theatre is producing Romeo and Juliet. Even though the cast members don't have their lines memorized, the set isn't finished, and a dog keeps barking offstage, they're gonna give it a go! There's just an awe-inspirin' performance given by Mildred Carson (who doesn't look fifty) as Juliet. And there's great chemistry between Mildred and Bubba Bedford, who is cast as Romeo. And lest we forget Naomi Farkle Carson, who provided the additional dialogue. 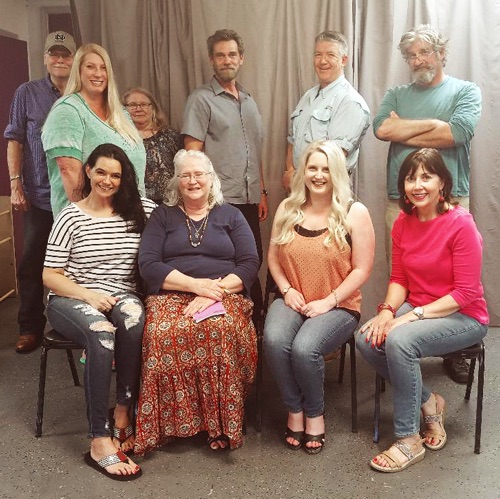 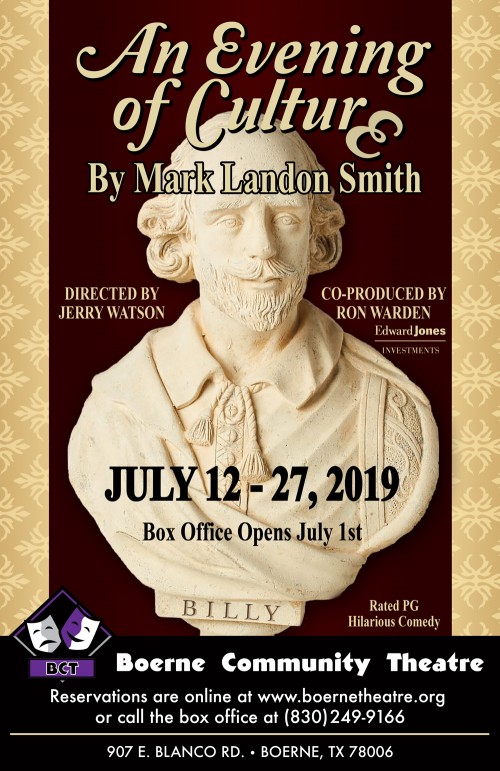