FOR COLORED BOYZ is a series of poetic monologues to be accompanied by dance movements and music, a form originated by Ntozake Shange who coined the term choreopoem. "FOR COLORED BOYZ..." tells the stories of 5 men who have suffered oppression in a racist society. Our show is inspired by the award winning choreopoem for colored girls who have considered suicide when the rainbows enuff written by Ntozake Shange. This choreopoem centers around 5 men of color navigating through the past, present and what seems to be the future in a world where disenfranchisement, racism, hyper-masculinity and stereotypes are prevalent. 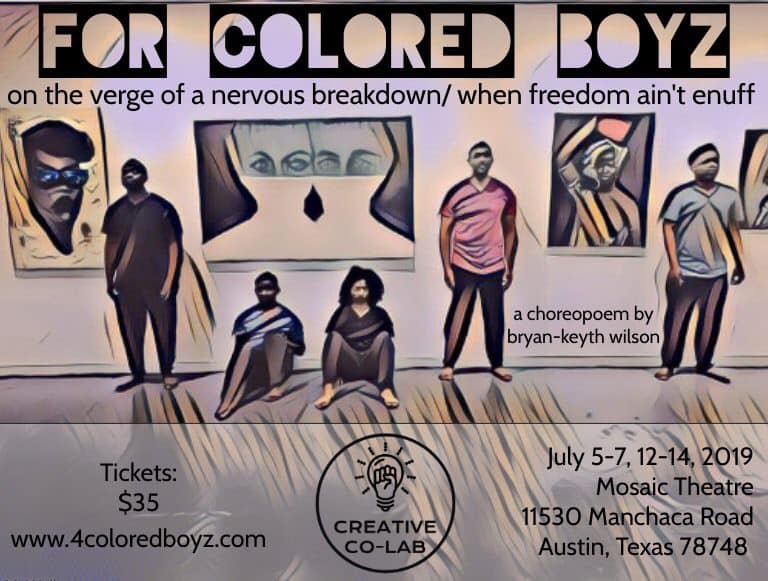 Tickets will be available on-line HERE. 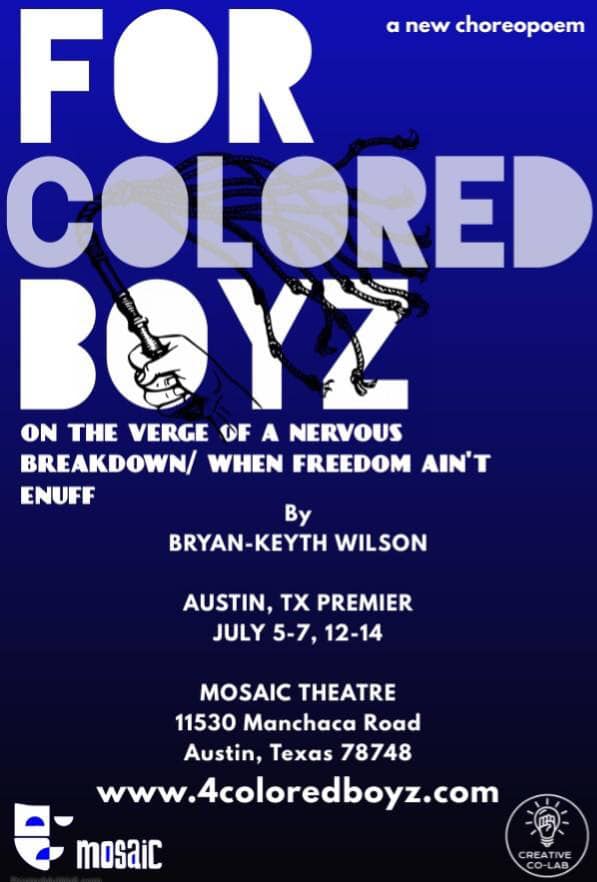 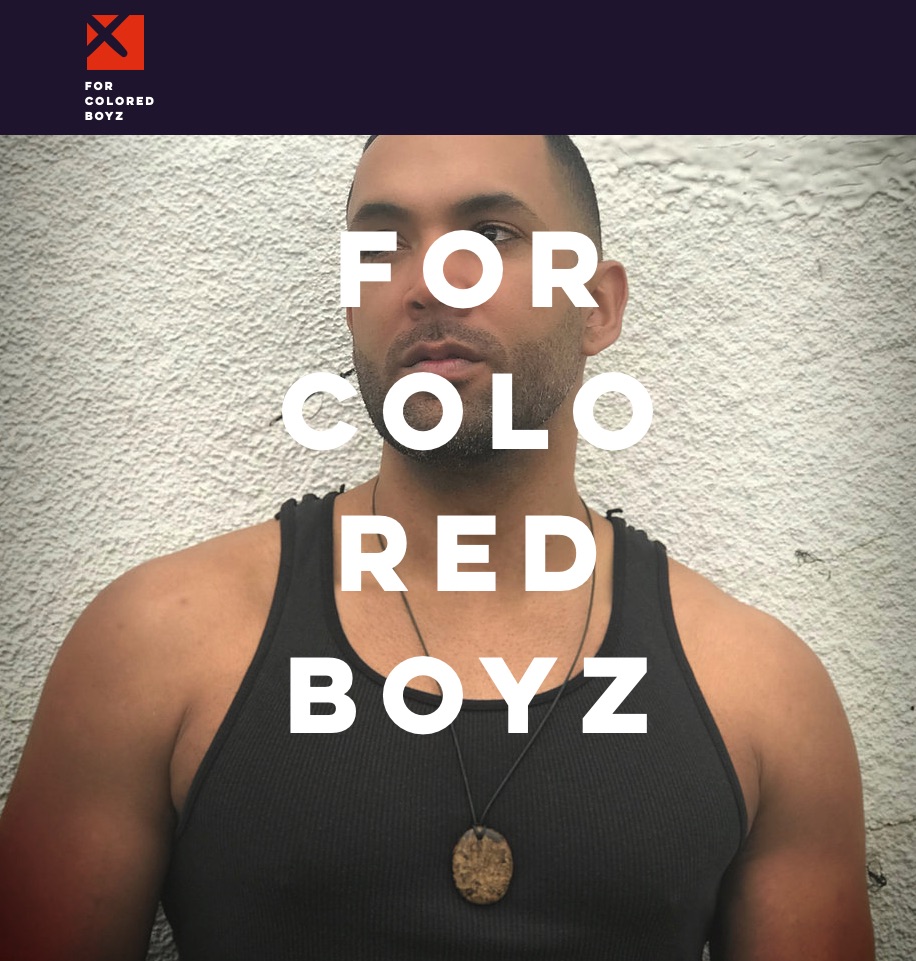 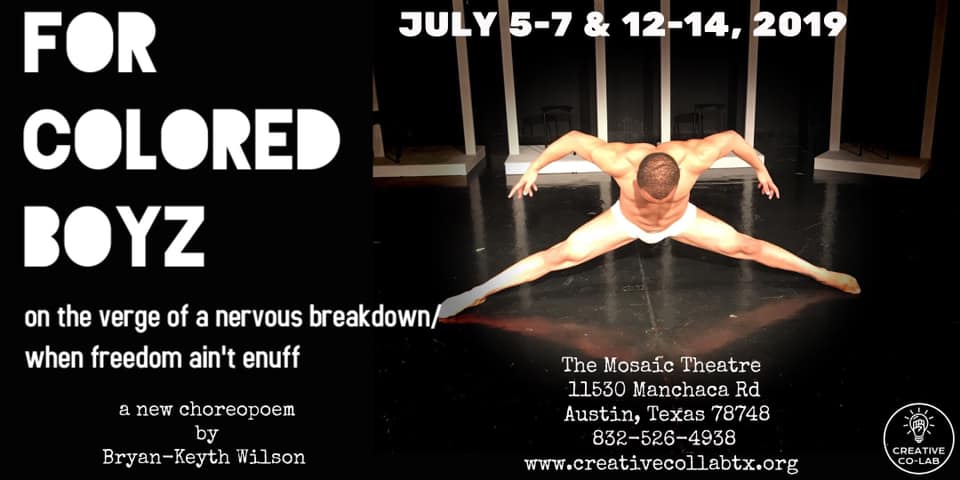