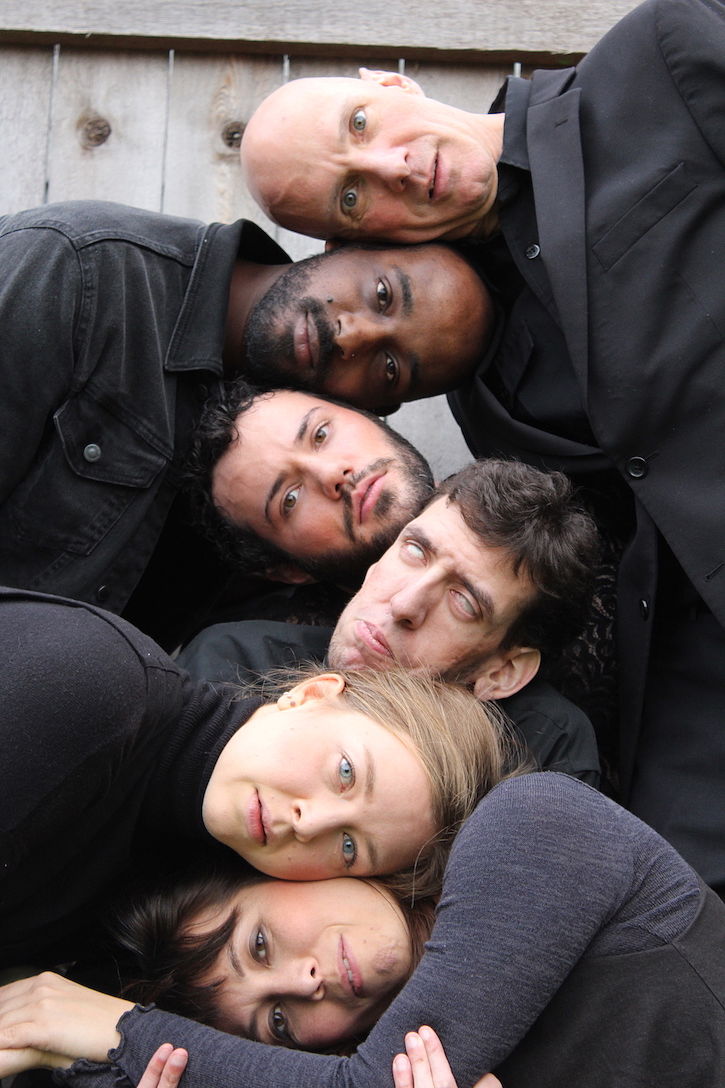 A contemporary translation of the classic Greek drama that asks, “How do we care for the dead and how we do grieve amidst crisis?” Translated and strangely reimagined by the inimitable Classics scholar and award-winning poet, Anne Carson. Directed by Salvage Vanguard’s co-producing Artistic Director Diana Lynn Small, Antigonick stretches the boundaries of story in poetry and theater. Antigonick asks, “What can one woman do in the face of unjust laws?” What is she willing to sacrifice? In this timeless story, Carson points to the lessons we’re meant to learn from our past yet somehow fail to remember.

Antigonick is a translation by Anne Carson of Sophocles' Antigone.

they're both in the business of searching for a precedent

locating a prior example

so as to be able to say

not unique you know it happened before

we're not at a loss how to think about this

we're not without guidance

there is a pattern

we can find an historically parallel case

and file it away under

Anne Carson (playwright) Anne Carson is a poet, essayist, professor of Classics, and translator. “In the small world of people who keep up with contemporary poetry,” wrote Daphne Merkin in the New York Times Book Review, Carson “has been cutting a large swath, inciting both envy and admiration.” Carson has gained both critical accolades and a wide readership over the course of her “unclassifiable” publishing career. In addition to her many highly-regarded translations of classical writers such as Sappho and Euripides, and her triptych rendering of An Oresteia (2009), she has published poems, essays, libretti, prose criticism, and verse novels that often cross genres. Carson’s recent collections include Nox (2010), Red Doc> (2013), and Float (2016). Her honors and awards are many, including fellowships from the Guggenheim Foundation, the MacArthur Foundation, and the American Academy in Berlin. She has also received the Lannan Literary Award, the Pushcart Prize, and the Griffin Poetry Prize.

Diana Small (director) Diana Small writes, acts, and directs for the stage. Diana earned her MFA in playwriting from the Michener Center for Writers at UT Austin. She directed the world premiere of Tryouts by Adara Meyers with Salvage Vanguard in October 2018. Diana's new play House Play was developed at Berkeley Rep's The Ground Floor in 2017. Mad & a Goat has toured to seven cities since it was developed in 2013. Her play Good Day was selected for the 2015 Great Plains Conference PlayLabs, Kitchen Dog Theatre’s New Works Festival and was a finalist for the 2015 Play Penn Conference. Diana has worked with paper chairs theatre company in Austin having directed Elizabeth Doss's play Mast and performing/ dramaturging Doss's play Poor Herman and Catalina de Erauso and sharing the world-premiere of her play Hot Belly with The Syndicate in NYC (The Tank). She is a Jean Brown Fellow at Austin Presbyterian Theological Seminary pursuing a Master of Divinity.

TICKETS: $10-$20 online, sliding scale. Pay-What-You-Wish every night at the door.

Reservations for each performance can be made atHERE

Every Friday night is FREE for Teens!

Antigonick JUBILEE: Join us for a special performance of Antigonick. Celebrating 25 years of bold, new work by Salvage Vanguard, the performance on Saturday March 23 will be followed by a party with delicious eats and specialty cocktails. Tickets to this performance-party are $25.

ASL Interpretation by Jen Borland and Dany Casey will be available at the March 30 performance. There will be an Audio Described performance by VSA Texas March 28.

ArtREACH: In collaboration with Austin Bat Cave, performer, playwright, and SVT artist Megan Tabaque will lead an Antigonick-inspired creative writing workshop for teens. Made possible by a generous grant from Applied Materials. 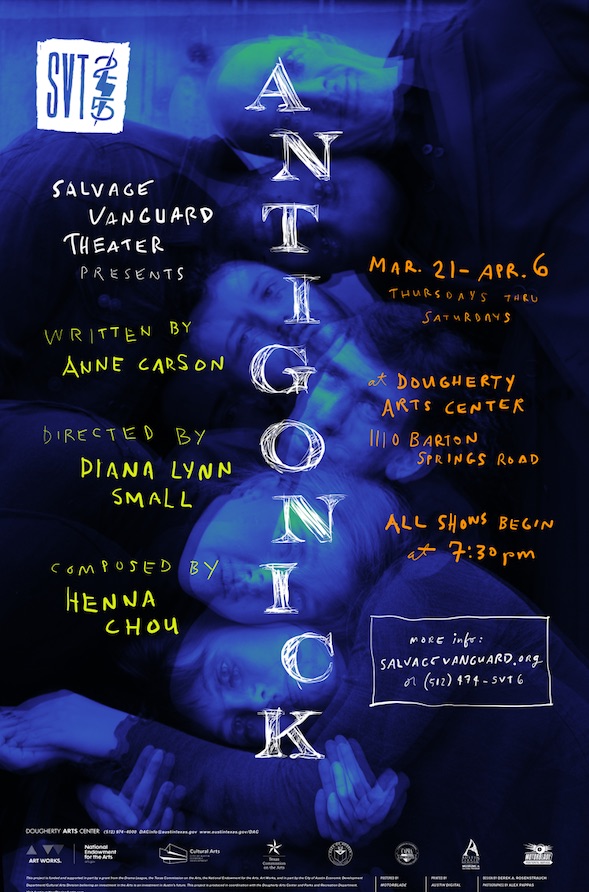