When We Were Young and Unafraid
by Filigree Theatre

WHEN WE WERE YOUNG AND UNAFRAID takes place in the early 1970s, before Roe v. Wade, and the Violence Against Women Act. Agnes has turned her quiet bed and breakfast into one of the few spots where victims of domestic violence can seek refuge. To Agnes’ dismay, her latest runaway, Mary Anne, is beginning to influence Agnes’ college-bound daughter Penny.  Meanwhile, another woman, Hannah, keeps coming by the bed and breakfast on her way to Womynworld, a lesbian separatist community. As a feminist revolution grows louder outside of Agnes’ tiny world, these four women find their strength and confront their fears together.

WHEN WE WERE YOUNG AND UNAFRAID marks the fifth production for The Filigree Theatre, after the company launched its second season slate with a well-touted production of August Strindberg’s MISS JULIE in October. All productions in Filigree’s 2018-19 slate center around the theme “At The Crossroads,” with each play examining how, at crucial moments in our lives, we, as humans, find ourselves at the brink of change, faced with life and death decisions, confronted with a point of no return.

ABOUT THE CREATIVES & CAST:

Sarah Treem (Playwright) is a celebrated television writer, producer, and playwright. She is the co-creator and showrunner of the Golden Globe-winning Showtime drama The Affair. The series has received four Golden Globe nominations during its run, including wins for Best Television Drama, Best Actress in a Television Drama, and Best Supporting Actress in a Television Drama. Additionally, the show has received a Writer’s Guild nomination for Best New Series and was named a finalist for the 2016 Humanitas Prize.  In addition to The Affair, she is currently working with Gal Gadot on a limited series for Showtime based on the life of actress and inventor Hedy Lamarr.  Previously, Treem wrote for and co-executive produced the first season of David Fincher’s hit Netflix series House of Cards. She also wrote on all three seasons of the acclaimed HBO series In Treatment. Treem wrote and produced How to Make It in America while under an overall deal at HBO. In addition to her Golden Globe win for Best Television Drama for The Affair, Treem’s work has earned her nominations for the Humanitas Prize, Primetime Emmy Awards, and four Writers Guild Awards, including two wins for New Series for House of Cards and In Treatment. She began her career in the theater, most recently writing When We Were Young and Unafraid, which ran in the summer of 2014 starring Cherry Jones and directed by Pam McKinnon. Her previous plays included A Feminine Ending, The How and The Why, Empty Sky, Orphan Island, Human Voices, and Mirror Mirror. Treem holds a B.A. from Yale University and an M.F.A from the Yale School of Drama where she taught playwriting. She currently lives in Los Angeles with her children.

Jennifer Sturley​ (Director) is a director, filmmaker, stage manager, dramaturg, and  educator. Born and raised in Austin, she earned her BA from Smith College in Theatre  and Education. She has also trained at the Oregon Shakespeare Festival. By day, she  teaches middle school at ACE Academy, and has previously taught at Trinity Episcopal  School, St. Stephen’s Episcopal School, and the Blanton Museum of Art. She believes  arts education is the best way to ensure the arts continue to thrive in future generations.  She has a passion for Shakespeare, and has co-directed, produced, and adapted for the  screen an independent feature film adaptation of Shakespeare’s ​Love’s Labour’s Lost  set in a modern-day boarding school. Most recently, she conceived and directed  Shakespeare in the Dark: Macbeth​ at the Driskill Hotel with Past is Prologue Productions  in association with The Filigree Theatre. Upcoming projects include associate producing the world premiere production of ​100 Planes​ with The Filigree Theatre.

Stephanie Moore​ (Filigree Theatre Managing Director/Producer) has been involved in the film and theatre industry for eight  years. She has experience both as a producer and production assistant on web-series,  feature films, music videos, and shorts. Her credits include producing roles on ​Love’s  Labour’s Lost​, ​Child of Light​, ​Hard-ish Bodies​, and the trailer for ​Dead By Daylight- Nurses  Calling​, and production assisting on  ​Fugitive Dreams, Time Trap ​and ​#ATown​. Her  passion for film and filmmakers comes from her work with festivals such as Austin Film  Festival and South by Southwest, where she has worked directly with the filmmakers as  a filmmaker liaison and theater manager for many years. She has also worked with such  films as ​Winter in the Blood​, ​Black or White​, ​Beneath the Darkness​, ​Hunger​, and ​Burning  Bodhi​ as a filmmaker liaison. She is also a festival consultant for The Golden Rut.  Stephanie is currently Managing Director of The Filigree Theatre, where she has  produced ​Any Night​ (Los Angeles), ​Betrayal​, ​A Delicate Ship​, ​Trio ​(World Premiere), Miss Julie and Shakespeare in the Dark: Macbeth.

Linda Bradshaw​ (Agnes)  Theatre credits include ​The Foreigner​, ​Side by Side by Sondheim​, and ​White Christmas​ in Lakeway; ​Steel Magnolias  at TexARTS; ​Lost Highway​ and ​Always Patsy Cline​ at the Georgetown Palace Theater;  Merry Wives of Windsor​ at the Scottish Rite Theater, and ​The Verge at the Provincetown Theater, MA. She’s filmed an independent film, commercials, music  videos, Public Access Television shows, been hostess of the Austin Jaycees’ Capital  View, an Eye on Austin, the KLRU Pledge Drive in 2018, and emcee of the talent show,  The Marci Lynne Variety Hour.

Ben Gibson​ (Paul) is originally from Marshfield, MA and currently residing in Austin, Texas. Ben has been seen onstage at various theaters in DC, Boston, Hong Kong, and  Prague, CZ.  This past season in Austin, Ben was most recently seen in ​The Mystery of Edwin Drood​ (Deputy) with Austin Playhouse, in the ensemble of ​All Shook Up​ at Zilker Theatre Productions, as well as originating the role of Tim in the world premiere  production of ​Trio​ with The Filigree Theatre. He was also recognized by the B. Iden  Payne Arts Council with a nomination for Outstanding Actor in a Youth Production for  his performance as Cowboy in Pollyanna Theatre’s production of ​Cowboy in the Kitchen​.  Additional recent credits include: ​Les Miserables​, ​Spamalot​, ​Fiddler on the Roof​, ​Chicago​,  Jerry Springer: the Opera​, ​Signs of Life​, ​25th Annual Putnam County Spelling Bee​, ​Titanic​,  Grease​, and ​Footloose​.  Ben received his BA in Music Theater and MAT in Theatre and  Drama from American University.  Ben recently served as a Guest Artist at Stephens  College in Columbia, Missouri where he also performed as Moonface Martin in ​Anything  Goes​.

Allison Paranka​ (Penny) is a recent transplant to the Austin area and is excited to be  part of The Filigree Theatre's second season. Trained at Shakespeare and Company in  Lenox, Massachusetts and with a degree in Literature and Translation from Smith  College, she works as an actor, dramaturg, text coach, and translator. Recent theater  projects include ​Romeo and Juliet​ at Voices Found Repertory in Milwaukee and  Shakespeare in the Dark: Macbeth​ here in Austin.

Michelle Mary Schaefer​ (Hannah) is not new to the theatre world; she has  performed all over the states in places such as Baltimore, MD; Rochester, NY; Jackson  Hole, WY; Claremont, CA; Greeley, CO; Tampa, FL; and the Pacific Northwest—Seattle  and Tacoma. Michelle Mary Schaefer is known as an actor who steps up to challenges:  she was the first Deaf female actor to play ‘Billy’ in ​Tribes​ by Nina Raine—three times in  2016. Other roles include ‘​Sarah Norman’  in Children of a Lesser God (five times), ‘Puck’ in ​A Midsummer Night’s Dream​, ‘Ash’ in SKIN​.  When not acting, she writes scripts (film/tv/stage)  ​www.michellemaryschaefer.com

Andrea Hughes​ (Stage Manager, Associate Producer) is a producer and stage manager  who worked as a co-producer, unit production manager, and second assistant director  on the film adaptation of ​Love’s Labour’s Lost ​in Austin, TX. She was also a wildlife filmmaking intern at Africa Media Productions in Mossel Bay, South Africa. Recently,  she stage managed and associate produced ​Shakespeare in the Dark: Macbeth ​for Past  is Prologue Productions in association with The Filigree Theatre. Andrea graduated with  a degree in Film and Media Studies from Smith College, where she was involved in  numerous theatre productions.

When We Were Young and Unafraid
by Sarah Treem
Filigree Theatre

The production will run Thursdays through Saturdays at 8pm from February 7-23, 2018 at The Mastrogeorge Theatre (130 Pedernales St).

Tickets are available beginning January 11, 2018 online at FiligreeTheatre.com and in person at The Mastrogeorge Theatre Box Office for $30.00. Student, Senior and Group discounts will be available on the eventbrite ticketing site. 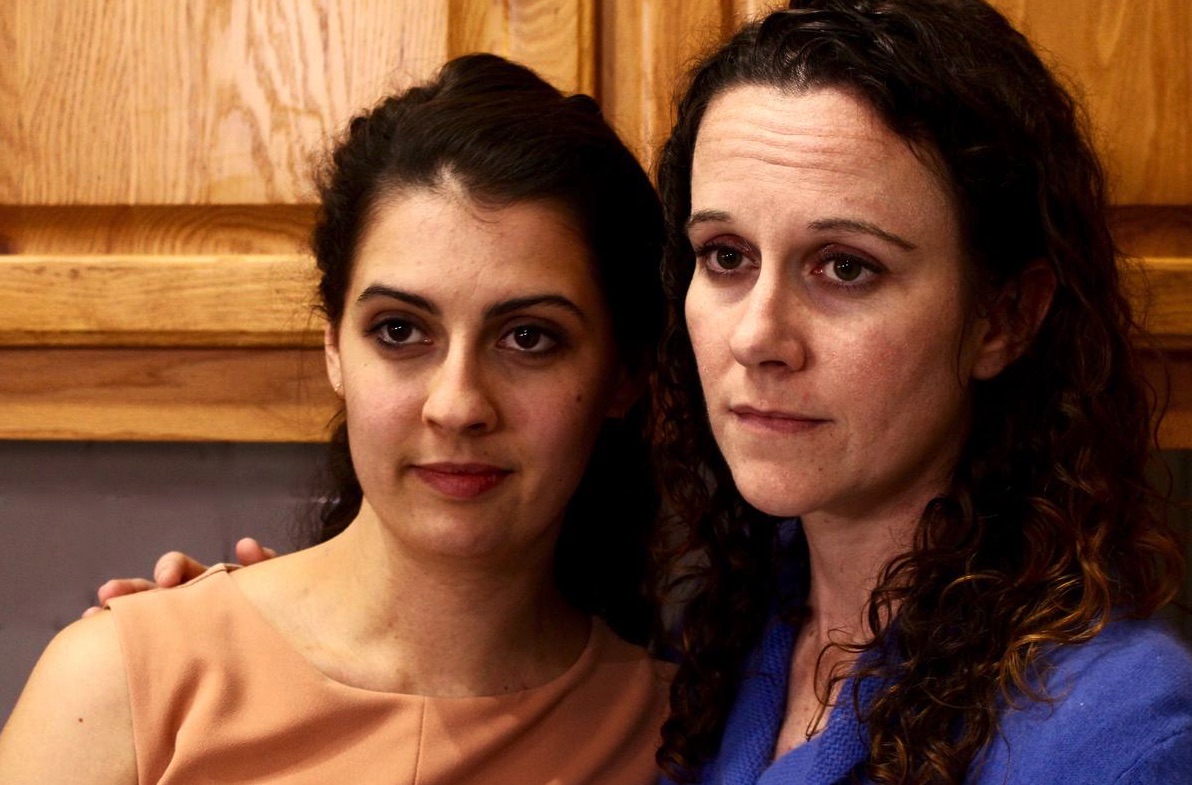