After her beloved doll Trudy breaks in an unfortunate accident involving Squirrel the dog, Clara lashes out at her friends. With some holiday magic and a little help from her Uncle Darren, his canine companions, and a talking macaw, Clara Marie discovers the true meaning of friendship on a magical journey to Doglandia. 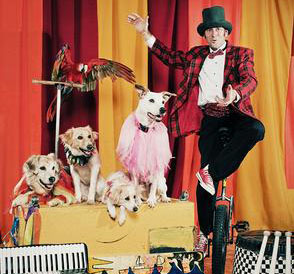