Alexander is having a bad day. A terrible day. A horrible day. To be quite honest, it's a terrible, horrible, no good, very bad day. But then, everybody has bad days, sometimes. In this delightful adaptation of her popular book, Judith Viorst sets Alexander's rather trying life to music and brings to the stage one of America's feistiest characters. Not only does Alexander wake up with gum in his hair, but his mother forgets to pack him dessert, and his best friend decides he's not his best friend anymore. And if that's not bad enough, Alexander's brothers don't have any cavities but—he does. And just when it can't get any worse, there are lima beans for supper and —yuck!—kissing on TV. It is enough to make anyone want to go to Australia. Alexander's struggles with life's daily dramas will not only entertain but educate young audiences as they identify with Alexander and the obstacles he encounters, encouraging them to share their feelings and to realize that bad days happen—even in Australia. Commissioned and premiered by the John F. Kennedy Center for the Performing Arts. 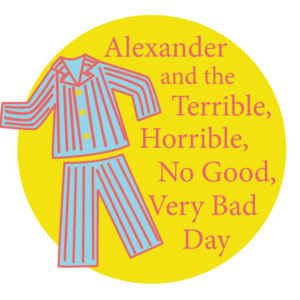