Salvage Vanguard Theater invites you to attend a staged reading of Casta by Adrienne Dawes, presented as part of Works Progress Austin.

Casta is inspired by a series of casta paintings by Miguel Cabrera, a mixed-race painter from Oaxaca. Casta paintings were a unique form of portraiture that grew in popularity over the 18th century in Nueva España/colonial Mexico. The paintings depicted different racial mixtures arranged according to a hierarchy defined by Spanish elites.

When a lowly apprentice is commissioned to paint a casta series for a wealthy patron, he tries to conform his work to a set hierarchy. The images revolt, illuminating a complex portrait of fluid Latinx identities.

Dramaturgy and Translation by Jesus Valles

Adrienne Dawes is an award-winning playwright originally from Austin, TX. Her full length plays include: Denim Doves (2016), Am I White (2014, B. Iden Payne Award for Outstanding Script; David Mark Cohen New Play Award; Kilroys honorable mention), and You Are Pretty (2004, Stanley and Evelyn Lipkin Prize for Playwriting). Adrienne is a member of the Dramatists Guild, ScriptWorks and company member of Salvage Vanguard Theater. Adrienne is currently based in Tulsa, OK as part of the first writing cohort of the Tulsa Artist Fellowship, supported by the George Kaiser Family Foundation. www.adriennedawes.com

Jenny Larson has served as artistic director of Salvage Vanguard Theater, an experimental new works company in Austin Texas, since 2008. Jenny holds a BA from St Edwards University in Austin. She has directed more than 18 world premiere productions. She was named Best of Austin “Theater Director” by the local entertainment weekly paper Austin Chronicle in 2016. Jenny’s devised collaboration with artist Hannah Kenah, Guest by Courtesy, has played the international Fusebox Festival in 2013, the SHE MAKES THEATER festival in Sofia, Bulgaria in 2013, and the Brooklyn Yard in 2016. She was awarded Best Director of a Drama from the B Iden Payne Committee in Austin for her work on AM I WHITE by Adrienne Dawes in 2014. In the spring of 2017 she was an Artist-In-Residence at the Drama League in New York. The summer of 2017 Jenny was an Artist-In-Residence in Kokkola, Finland with the Drake Art Centre. She is currently an MFA candidate at the University of British Columbia, Called “the quintessential modern composer” by the London Independent, Austin-based composer-bandleader-improviser Graham Reynolds creates, performs, and records music for film, theater, dance, rock clubs and concert halls with a wide range of collaborators across a multitude of disciplines.

"Casta" is supported in part by the National Association of Latino Arts and Cultures, the Andrew W. Mellon Foundation, the Ford Foundation, Southwest Airlines, and the Surdna Foundation through a grant from the NALAC Fund for the Arts Grant Program

This project is funded and supported in part by a grant from the Drama League, the Texas Commission on the Arts, the National Endowment for the Arts. Art Works, and in part by the City of Austin Economic Development Department/Cultural Arts Division believing an investment in the Arts is an investment in Austin’s future.  This project is produced in coordination with the City of Austin’s Brush Square Museums and Parks and Recreation Department. Photo by Bonica Ayala.

TICKETS:$5, reservations available online at salvagevanguard.org/ticketsand at the door the night of the performance. 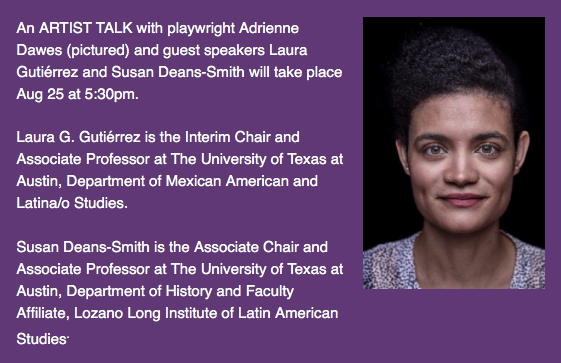 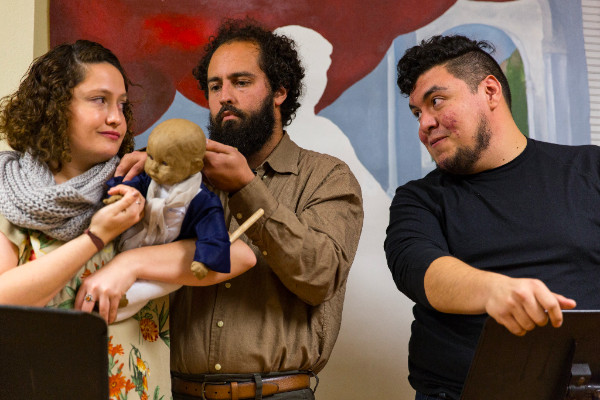