A fierce thunderstorm has shut down airports up and down the East Coast. Two women, who appear to have nothing in common, are stuck in a waiting area at Reagan National Airport. Patty is a chatty southerner—a blue-collar woman from a red state—who is almost physically unable to tolerate silence. Margaret is a Washingtonian, reserved, educated, liberal and not interested in sharing her thoughts, or her table, with Patty. Forced together for a long night in a public place, the two strangers have no choice but to share a bottle of wine and begin to talk…and to listen. Their conversation is funny, difficult, deeply revealing and astonishingly frank. Patty and Margaret share details of their lives that lead them to a place of kinship neither of them could have imagined. Yes, Walter Cronkite is dead, but his wisdom and compassion lives on in this insightful comedy about what might be possible if people from opposite sides of the political aisle would stop shouting and take even one night to listen.

"Calarco demonstrates impressive maturity with his lively and insightful dialogue. The play's sermon against demonizing those with whom we disagree couldn't be more relevant. And with its disarming approach to the topic, this inexpensive play should have strong appeal for regionals and beyond." —Variety.

"…in a time as politically fractious as this, the mere idea of two women sitting and absorbing viewpoints they normally wouldn’t abide counts as revolutionary." —Washington Post.

"Joe Calarco's play is far more than a tale of opposites in close quarters and its comedy does not seek to make an imbecile of either woman. Instead, CRONKITE expertly unspools two very different stories not to pick at where they conflict but instead to lay bare where they closely align." —Metro Weekly. 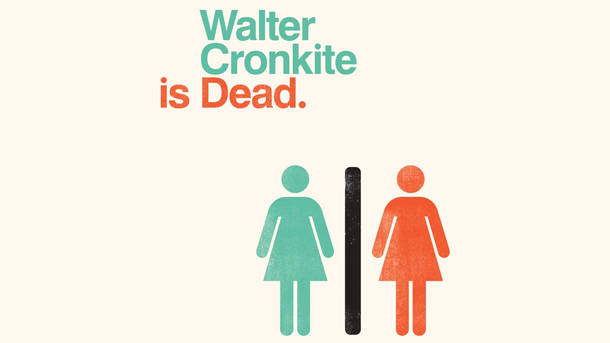