Teatro Vivo is excited to announce the playwrights for the the 8th annual Austin Latino New Play Festival. The festival will be presented in collaboration with ScriptWorks, April 19-21, 2018 at the Emma S. Barrientos – Mexican American Cultural Center.

The ALNPF unites playwrights and audience members in conversation surrounding new works of Latino theatre. After each performance, the playwright participates in a talkback session with the audience. The ALNPF features four new plays by playwrights from throughout the U.S., including a play for young audiences. The four plays explore cross-cultural themes and dilemmas that surprise, challenge, engage, and push the dramatic envelope.

With support from the National Association of Latino Arts and Cultures, the playwrights will join us in Austin to workshop and further develop their work.

Thirty years after the dirty war waged by the General Pinochet regime on the Chilean people. Two strangers search the Atacama Desert for their buried loved ones and discover there are darker truths awaiting them underneath the hard sands of the Atacama.

Augusto Federico Amador was born and raised in the Silicon Valley and is the son of an accomplished Peruvian Jazz composer and an Austrian mother. Mr. Amador has recently been awarded the prestigious Lincoln City Fellowship from Speranza Foundation for playwriting. Atacama placed in 50 Playwright Project’s 2017 list of best unproduced Latino plays, as well as a runner up for the 2017 National Latino Playwriting Award from the Arizona Theater Company. His plays have been finalists or semi-finalists for several awards, including the Eugene O’Neill Conference, Princess Grace Award, Terrence McNally Award, Metlife Foundation National Latino Playwright Award, New Works Labs at Stratford, and the Lee Strasberg Theater, among others.

American (Tele)visions by Victor I. Cazares

The Canales family just can’t catch a break: The dad gets impaled with the TV antenna, the mom and Stanley the truck driver have run off with half their doublewide mobile home, the brother is dead and is reanimated by his gay Vietnamese lover, and Erica…Erica is a kids’s TV dinner tray with lots of sodium and dreams. You know, just your typical undocumented Mexican family living in the shadow of the first Wal-Mart in the history of the American Universe. Now please someone get them an HBO show. Elevator Pitch: “Estos Somos Nosotros” meets Super Mario NES.

Victor I. Cazares was born twice on paper: in El Paso, Texas and San Lorenzo, Chihuahua, Mexico. His plays have been read, developed, or produced at American Repertory Theatre, Amherst College, Brown University, New York Theatre Workshop, Oregon Shakespeare Festival, Red Fern Theatre Company, and the Yale School of Drama. Cazares holds an M.F.A. from Brown University and a B.A. in History of Art from Yale University where he received a Josef Albers Fellowship and a Sudler Grant. He lives, forages, and produces his social media telenovela, El Amor en Tiempos de Trump in Portland, Oregon.

Dulce by Ramon Esquivel (A Play for Young Audiences)

A boy named Memo learns that Abuelita, his beloved grandmother, has died. Unsure of how to feel, Memo decides to find Abuelita’s hidden stash of candy. But his mother Luisa and older sister Ceci are too caught up in their own grief to help, so Memo turns to an unexpected ally in his search for the dulce: Abuelita herself! Memo journeys with Abuelita through her memories as a child in Mexico and a young immigrant in the USA, and he discovers that the true treasure Abuelita left for him is familia. A play for young audiences (ages 8+) and families, Dulce draws on both magical realism and slapstick comedy to tell a story about cultural identity, intergenerational ties, and learning how to say goodbye.

Ramón Esquivel is a playwright based in the Pacific Northwest. He teaches playwriting and theatre education at Central Washington University. In 2017, his play Luna was produced at the University of Texas and toured Austin-area schools. Luna is featured in Palabras del Cielo: An Exploration of Latina/o Theatre for Young Audiences, a play anthology from Dramatic Publishing. The Hero Twins: Blood Race, an original story inspired by Mayan mythology, premieres in April at Appalachian Young People’s Theatre in North Carolina. Above Between Below, a play about bullying, is currently touring middle schools in Washington and Oregon through a partnership between Seattle Children’s Theatre and Kaiser Permanente Educational Theatre. Dulce was the first play Ramón ever wrote, though it has never been produced. He is grateful for the opportunity to revisit this deeply personal work, and to share it with young audiences and families in Austin.

It is spring 2017 in Cayey, Puerto Rico. When Lucia’s hours at the local superstore are cut back, she decides it’s time to follow her dream of starting a homemade flavored-ice business. She enlists the help of her book-smart teenaged daughter, Alondra, and her resourceful best friend, Yamilet, but things heat up when the neighborhood piragüero feels that his livelihood is threatened. Lucia must consider what’s best for her neighborhood, her daughter, and herself.

Dania Ramos‘s stage plays have been produced or developed by Dreamcatcher Repertory Theatre, Luna Stage, Writers Theatre of New Jersey, Speranza Theatre Company, and Repertorio Español. She has been a finalist in the MetLife Nuestras Voces National Playwriting Competition, the recipient of a New Jersey State Council on the Arts Playwriting Fellowship, and placed third in the 2017 Henley Rose Playwright Competition. Dania holds an MA in creative writing from Wilkes University and a BFA in theatre performance from Montclair State University.

This project is in collaboration with ScriptWorks, and is supported in part by the Cultural Arts Division of the City of Austin Economic Development Department, National Endowment for the Arts, Texas Commission on the Arts, and the National Association of Latino Arts and Cultures. 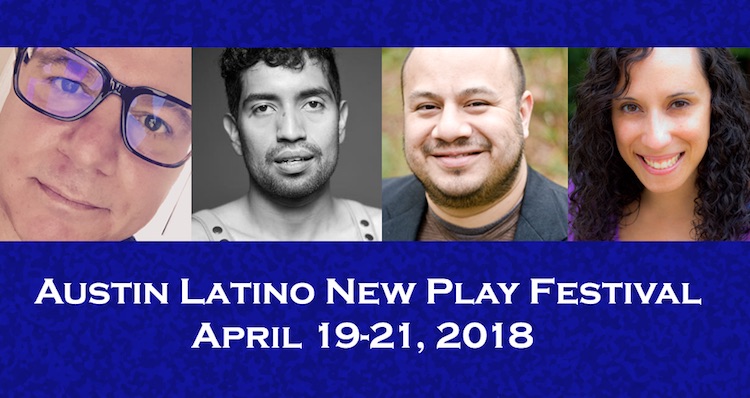