Crazy for You
by Playhouse 2000

We are so excited to finally officially announce our spring musical collaboration with Schreiner University. We are so pleased to be bringing, for the first time in the Hill Country, the smash hit Gershwin musical, CRAZY FOR YOU!

An updated adaptation of the Gershwins’ 1930 musical Girl Crazy, Crazy For You uses the best-known hits of genius song-writers George and Ira Gershwin in a brand new, modern show that wowed New York audiences and took the Tony Award for Best Musical of 1992.

A zany rich-boy-meets-hometown-girl romantic comedy, Crazy for You tells the story of young New York banker Bobby Child, who is sent to Deadrock, Nevada, to foreclose on a rundown theatre. In Deadrock, Bobby falls for spunky Polly Baker, the theater owner’s daughter. But Polly takes an instant dislike to the city slicker, so Bobby vows – through cunning, razzmatazz, and a hilarious case of mistaken identity – to win Polly’s heart and save the theatre. Memorable Gershwin tunes from the score include “I Got Rhythm,” “Naughty Baby,” “They Can’t Take That Away from Me,” “Embraceable You,” “But Not for Me,” “Nice Work if You Can Get It,” and “Someone to Watch Over Me.”

Crazy for You
by George & Ira Gershwin
Playhouse 2000 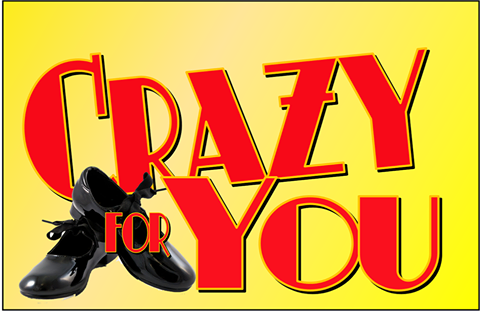