Salvage Vanguard Theater announces con flama by Sharon Bridgforth. Set in Los Angeles in the 1940s –1970s, con flama gives a glimpse of a Black gurl’s coming of age, through Ancestral passages and her family history. The gurl’s story unfolds as she makes her way through the cultural landscape of Los Angeles on the bus.

Co-Producing Artistic Director Florinda Bryant performed in the world premiere of con flama in 2000 at Frontera @ Hyde Park Theatre, directed by the inimitable Laurie Carlos. A theatrical pioneer and mentor to many great artists, Laurie Carlos passed away in December of 2016. Now, eighteen years later in tribute to Carlos, the jazz aesthetic, and the work of brilliant voices of color like Bridgforth, Bryant directs con flama in this Salvage Vanguard production.

con flama invites us to gather in a space of listening, to look at each other on the bus, and embrace an opportunity to witness the humanity in each other. con flama inspires us to love, connect and heal each other, and urges us to establish communities of love. Join us on the bus this March at the Dougherty Arts Center.

ABOUT SHARON BRIDGFORTH: Sharon is a 2016 Doris Duke Artist and a 2016 Creative Capital awardee. A New Dramatists alumna, Sharon collaborates with actors, dancers, singers and audiences live during performance as she composes moving soundscapes of her ritual/jazz texts. A MAP Fund and National Performance Network Creation Fund recipient, her work has been presented by Links Hall, Pillsbury House Theatre, The New Black Fest, New York SummerStage Festival and the Performing Blackness Series produced by Omi Osun Joni L. Jones and the John L. Warfield Center for African and African American Studies at The University of Texas in Austin. Sharon is Artist In-Residence at IDEX/Thousand Currents and has served in residence at: allgo, statewide queer people of color organization; Brown University’s MFA Playwriting Program; University of Iowa’s MFA Playwrights Program; The Theatre School at DePaul University; and The Department of Performance Studies at Northwestern University. Widely published, Sharon is author of love conjure/blues and the Lambda Literary Award winning the bull-jean stories. She Omi Jones and Lisa Lynn Moore are co-editors of Experiments in a Jazz Aesthetic: Art, Activism, Academia, and the Austin Project. Sharon served as Anchor Artist for the Austin Project from 2002 - 2009. Sharon is one of the subjects in: Matt Richardson’s, The Queer Limit of Black Memory – Black Lesbian Literature and Irresolution; and Omi Jones’s Theatrical Jazz: Performance, Àṣẹ, and the Power of the Present Moment. Sharon is currently developing, dat Black Mermaid Man Lady/Home. You can find out more at: http://sharonbridgforth.com

ABOUT FLORINDA BRYANT: Florinda is an interdisciplinary artist and arts educator who calls Austin home. Holding it down in every aspect of performance, whether writing, performing or directing, Florinda’s passion and dedication to her craft is evident. As a performer and director she is no stranger to many stages in Austin, having worked with Salvage Vanguard Theater, the Rude Mechs, the Vortex, Paper Chairs and Teatro Vivo. Some of favorite recent performances include Am I White (by Adrienne Dawes), The Panza Monologues (by Virginia Grise), Bright Now Beyond (By Daniel Alexander Jones and Bobby Halverson) and Fixing King John (adapted by Kirk Lynn). As a writer and poet, Florinda enjoys engaging audiences in explorations around identity, body and community. Her award winning one-woman show Half-Breed Southern Fried was produced as part of the Performing Blackness Series at UT and was directed by Laurie Carlos. As a facilitator and arts educator, Florinda has worked with at risk communities, young men and women, and adults – using performance as a social justice tool for empowerment and change for over 18 years. Florinda is also the Operations Manager of Creative Action, one of the nation’s leading arts education organizations and Managing Director of nationally acclaimed Salvage Vanguard Theater. A member of the Austin Project, sponsored by the John L. Warfield Center for African and African American Studies, UT at Austin. Florinda is also a 2013 Woman of the Year for Racial Justice award recipient from the YWCA. Recent directing credits include Denim Doves, produced by Salvage Vanguard Theater (Performing and Co-Directing) February 2016, and Stories of Us produced by Teatro Vivo (Directing) Spring 2016.

The City of Austin is proud to comply with the Americans with Disabilities Act. If you require assistance for participation in our programs or use of our facilities, please call (512) 974-3914

Thursday through Saturday nights at 7:30 pm

Dougherty Arts Center / 1110 Barton Springs Rd.TICKETS: $10, online or at the door. All tickets to SVT shows are Pay-What-You-Can at the door EVERY NIGHT. Box office opens at 6:30pm. Reservations for each performance can be made at salvagevanguard.org/tickets/

March 15, 22, and 29, 2018 come early for SVT Happy Hour @ the DAC and mingle with other cultured cats like yourself. Featuring local food trucks Rosarito and Noble Sandwich, beer by Friends & Allies, and music by Chulita Vinyl Club and Ms. Mack & the Daddies for your enjoyment and refreshment. Follow us on Instagram @salvagevanguard for updates! 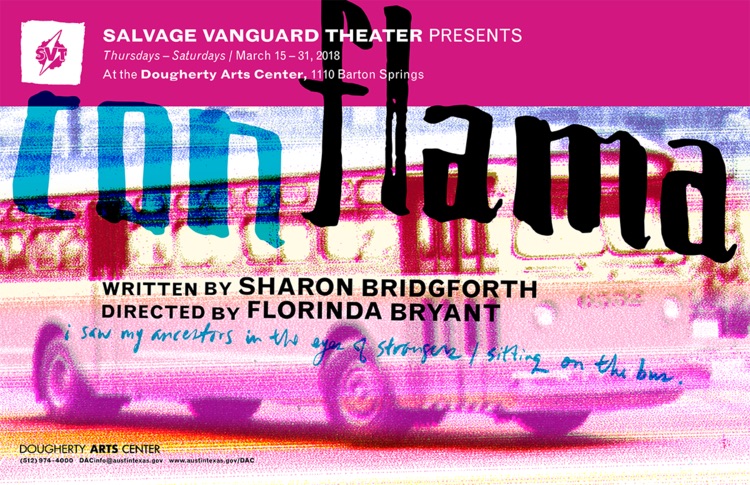 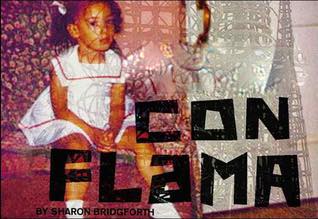