The play takes place in modern-day Manhattan. It starts on a normal work day for a group of aspiring writers who are growing tired of the monotony of their desk jobs. Dean stumbles in hungover from a party at the home of the 'office freak', Gloria, the night prior. As the day goes on, everyone goes about their business, though tensions are high with a dispute over who should be allowed to write a story on a deceased singer, and Gloria begins to act stranger than usual. In a sudden shift in tone, Gloria shoots and kills many workers, including Miles and Ani, leaving Dean, Kendra, Nan, and Lorin alive. The story then follows the fallout of each character's life as they try to cope with the stress of witnessing the events and feud over who deserves a book deal based on the events of the shooting. Questions on the reasoning behind going postal and workplace toxicity are posed during the play.

We are pleased to announce our Spring 2018 ACC Drama Production: 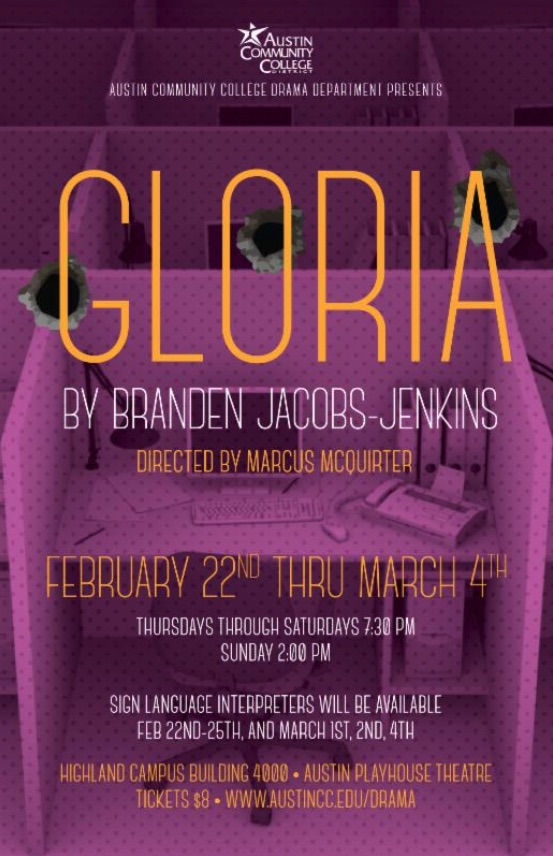