The EmilyAnn Theatre brings the Texas Premiere of Janet Munsil's crisp and elegant adaptation of Pride & Prejudice to Wimberley, celebrating the legacy of Jane Austen in the  bicentennial year of her death.

Tickets $11 for children and $19 for adults (service fee included). 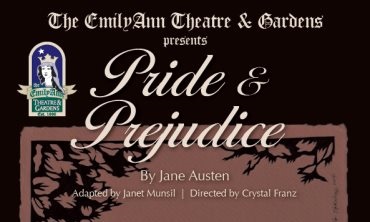