Welcome to Priseaux, France, c. 1250 A.D.: The river flooded again last week. The chandler's shop just burned to the ground. Nobody's heard of the wheelbarrow yet. And Ste. Foy, the patron of the local monastery, hasn't worked a miracle in thirteen years. In other words, the Dark Ages still look pretty dark. All eyes turn to the Pope, whose promised visit will surely encourage other pilgrims to make the trek and restore the abbey to its former glory. That is, until a rival church claims to possess the relics of Ste. Foy—and "their" bones are working miracles. All seems lost until the destitute monks take a lesson from a larcenous one-eyed minstral, who teaches them an outrageous new way to pay old debts.
"A lightning-fast farce, rich in both verbal and physical humor." —American Theatre.
"Everything fits snugly in this funny, endearing black comedy. Hollinger understands how to balance verbal and physical humor, how to sketch personality in a few deft strokes, how to pause here and there to allow his audience to catch its breath, how to bring on a new character at just the right time, and how to write dialogue that's an artful blend of the mock-formal and the anachronistically breezy. A piece of remarkably dexterous craftsmanship." —Philadelphia Inquirer.
"A farcical romp, scintillating and irreverent." —Philadelphia Weekly.
Christine Crowley, assisted by Jerry Watson, directs a cast including BCT veterans Robert Moritz, Paul Yoder, Kimberly Stoner, Mike Duggan, Rita Duggan, and Emily Piperato. The cast also includes Andrew Stoner, a recent Boerne High School graduate and veteran of many drama camp and Teen Troupe shows, along with newcomer Jake Whittenburg. It is a reunion of sorts for some of the actors--Moritz, Yoder and Michael Duggan all appeared in Monky Business back in 2011. Kimberly Stoner appeared in Gargoyles and Scarecrow Sins as the body in the casket. Rita Duggan was in The Crazy Quilt Club. Emily Piperato directed last season's Panache. Whittenburg is a Boerne resident and owns an Anytime Fitness gym in San Antonio.
Full Cast:
Robert Moritz, Paul Yoder, Rita Duggan, Andrew Stoner, Jake Whittenburg, Emily Piperato, Michael Duggan, and Kimberly Stoner.
Christine Crowley directs, assisted by Jerry Watson.

Reservations go on sale for members on Monday, January 8th; tickets for the public open on the 15th. Make your reservations online at www.boernetheatre.org or call the box office at (830) 249-9166.

For the First Nighters' Dinner, we will convene once again at the Dienger Trading Company where Chef Joseph Moreno is preparing a cassoulet dinner in honor of the setting for our play. Dinner is $15.00 plus tax and tip. Reservations for the dinner are made with the theatre when you reserve a seat for opening night. 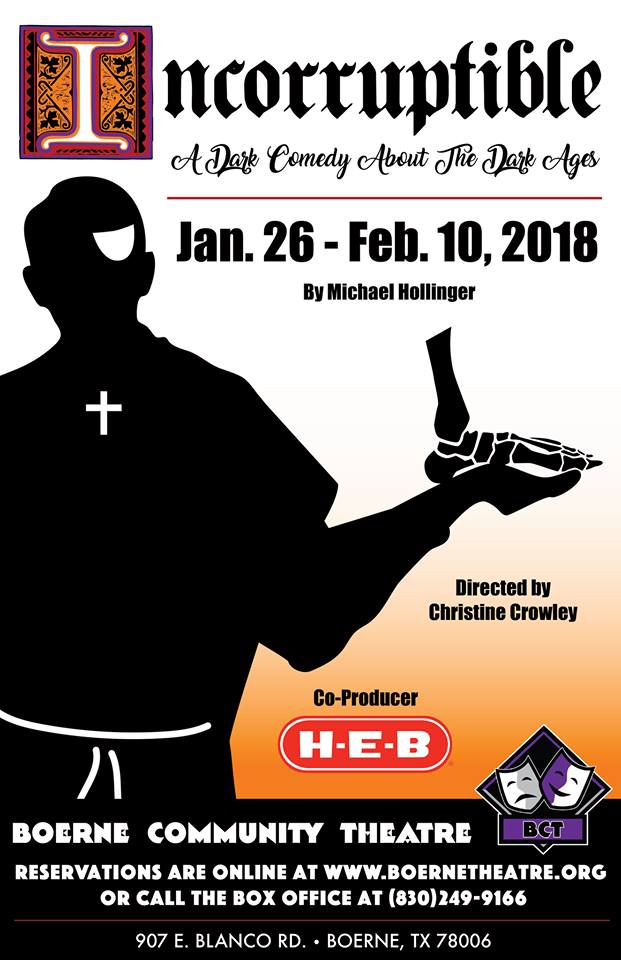 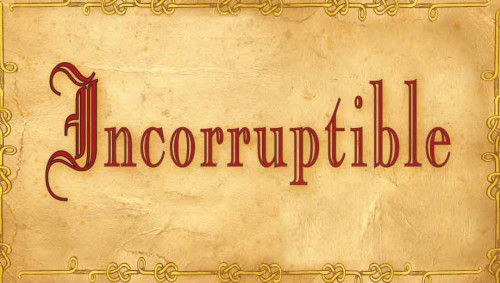