Fences
by unspecified in Central Texas

This Pulitzer prize-winning play by August Wilson is set in Pittsburgh in the 1950‘s. The main character, Troy, played by Papa Douglass, is a bigger than life character.  He is resentful of the fact that he could not play baseball in the major leagues when he was younger because of the color barrier in place at the time. He was a gifted baseball player and his resentment results in his denying his young son a chance at being recruited by a college football team because he wants to protect his son from the discrimination he faced.

Troy’s wife, Rose, is played by Dr. Dolores Major Duffey. Rose loves her husband passionately, but when he betrays her with another woman she shows us her hurt, anger, and ultimate strength. Troy’s son from a first marriage, Lyons, will be portrayed by Phillip Redix. The younger son, Cory, is played by Devin Taylor, a former TLU theatre major. Troy’s best friend, Bono, is performed by Tally Neal. Troy has a brother, Gabriel, who was severely wounded during the war. Gabe is played by Seguin high school theatre student John Blair. The youngest member of the cast, Troy’s daughter, is being performed by six-year-old Zariah Owens.

Denzel Washington and Viola Davis won Tony awards and Academy awards for their portrayals of Troy and Rose in the stage play and in the movie.

The Texas Theatre is proud to announce the presentation of the play, “Fences” the weekend of January 19-21. It will only be performed for that one weekend.

Performances will be Friday and Saturday nights, January 19 and 20, at 7:00 p.m. There will be a 2:30 Sunday matinee. Tickets are available at Gift & Gourmet, Keepers, the Seguin Area Chamber of Commerce, or by clicking down below. Ticket prices are $15 in advance, $20 at the door. 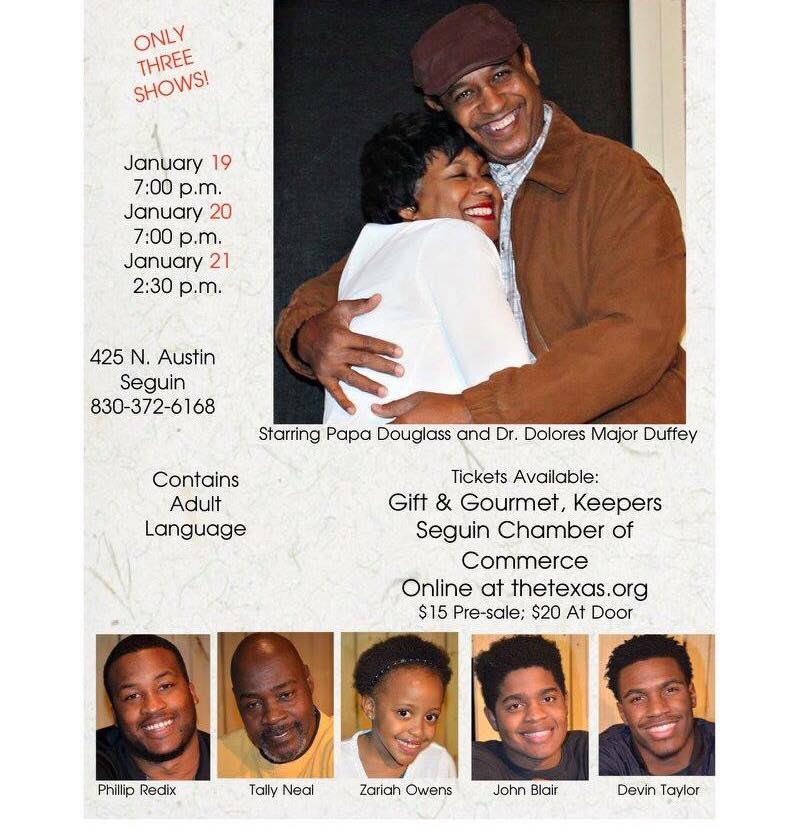 About unspecified in Central Texas

Productions by unspecified in Central Texas