A Christmas Carol, A New Musical
by Georgetown Palace Theatre

Next up on the Georgetown Palace Theatre’s Springer Stage:  A Christmas Carol: A New Musical, a holiday classic that will entertain the entire family – in a somewhat different presentation!  Ron Watson directs A Christmas Carol: A New Musical for the Palace.  Ron also performs many other important jobs for the Palace under the title of Technical Director and IT Administrator, as well as using his directing experience and expertise for several productions each season.  Keith Ferguson (Book & Lyrics) & Bruce Greer (Music) have created a new musical adaptation of Charles Dickens' 1843 novella that is faithful to Dickens' plot and prose, while highlighting both the spiritual and social themes interlaced throughout this Christmas classic. The score has the original songs written in a traditional musical theater style, while also carefully integrating familiar carols and songs of Christmas that audiences will love.  Celebrate the holidays with this timeless tale that embodies the season: love, family, and the spirit of good will.  See it brought to life on-stage, with charming costumes, delightful music, and a few ghostly apparitions.  This magical production is perfect for the entire family, guaranteed to warm the heart of every Scrooge.

​Keith Ferguson (Book & Lyrics) is a writer, actor, worship leader and producer of multiple projects for both worship and the stage.  As an actor, Keith has performed with the Dallas Theater Center Children’s Theater, Theater Three, Lyric Stage, and the Dallas Children’s Theater.  He is a proud member of Actors Equity.  A Dallas native, Keith is a Distinguished Alumnus of Dallas Baptist University and holds Masters degrees in Music from Southern Methodist University.  It’s A Wonderful Life, The Musical, written with collaborator Bruce Greer, has been produced in hundreds of theaters and churches throughout the United States and Canada since 2000. Ferguson & Greer have also written multiple musicals and songs for major publishing houses, including Hal Leonard; Word, Inc.; Lifeway; and many others.  Keith serves as the Associate Pastor for Music & Worship at First Baptist Church, Carrollton, Texas.

Bruce Greer (Music), originally of Longview, Texas, graduated with honors from Baylor University in 1984 with a degree in Music Theory and Composition (having won a full scholarship in Composition).  Upon graduation, Bruce became a Creative Director for Word Records and Music where he spent six years as songwriter, arranger, and producer.  In 1990, Bruce left Word to pursue a full-time writing and concert career.  Since that time, Bruce has become one of the most popular and highly regarded writers for church music in the country, winning a Dove Award, Christian Music's highest honor, for his arranging and orchestrating. Bruce frequently collaborates with lyricist Keith Ferguson on musical theater works, most notably their popular musical adaptation of It’s A Wonderful Life and now A Christmas Carol.  Bruce serves, with his wife Kim, as Minister of Music at First Baptist Church, Oklahoma City.

Many thanks to Landreth Construction of Georgetown for the generous sponsorship of A Christmas Carol: A New Musical. 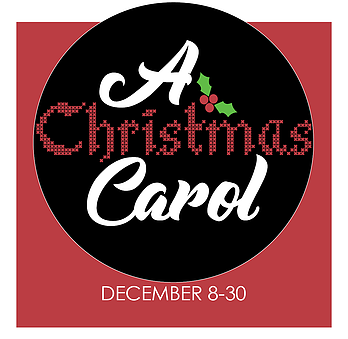