The Diary of Anne Frank
by Emily Ann Theatre

Otto Frank returns to a secret hiding place in which he and his family have lived during the first part of the Holocaust in Amsterdam. His friend, Miep Gies, has saved a diary that his daughter Anne kept during that time. Otto begins reading the diary aloud, and the play follows Anne's thoughts and actions, as well as those of the others hiding in the Secret Annex. 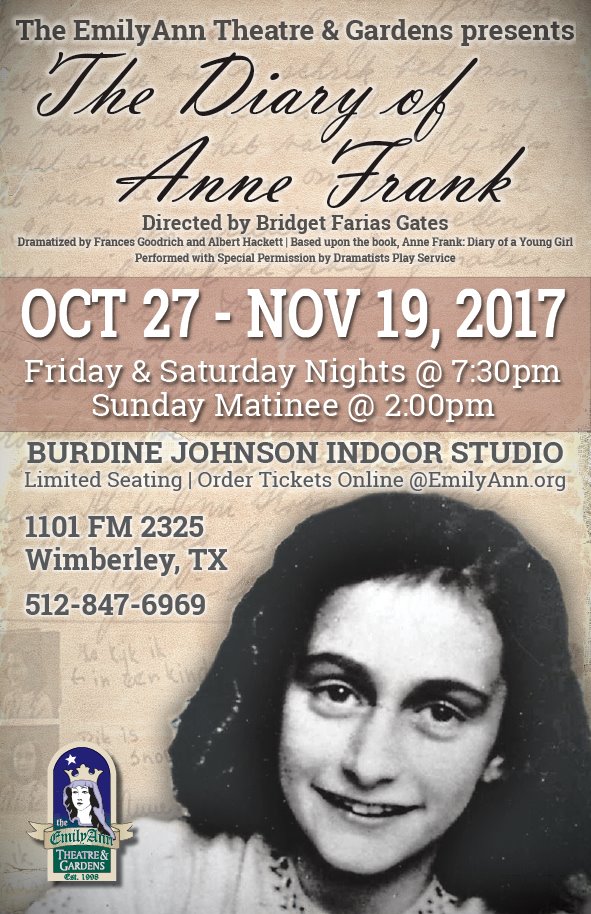