William Shakespeare's Macbeth is a tale of passion and ambition and what happens when the dark underbelly of humanity is exposed. The Shakespeare Under the Stars production is set in the 1970's punk rock scene, emphasizing the dark tone of this complex story.  This summer 40 students from Wimberley, Austin, Buda, Dripping Springs, Kyle, Lockhart,New Braunfels,  and San Marcos have been hard at work, building the set, constructing  costumes, and rehearsing in preparation for their performances. The students also participated in professional workshops in stage combat, improvisation, movement, and language.  Don't miss this opportunity to see one of Shakespeare's most influential plays.
Shakespeare Under the Stars is supported by
The Dallas Shakespeare Guild & 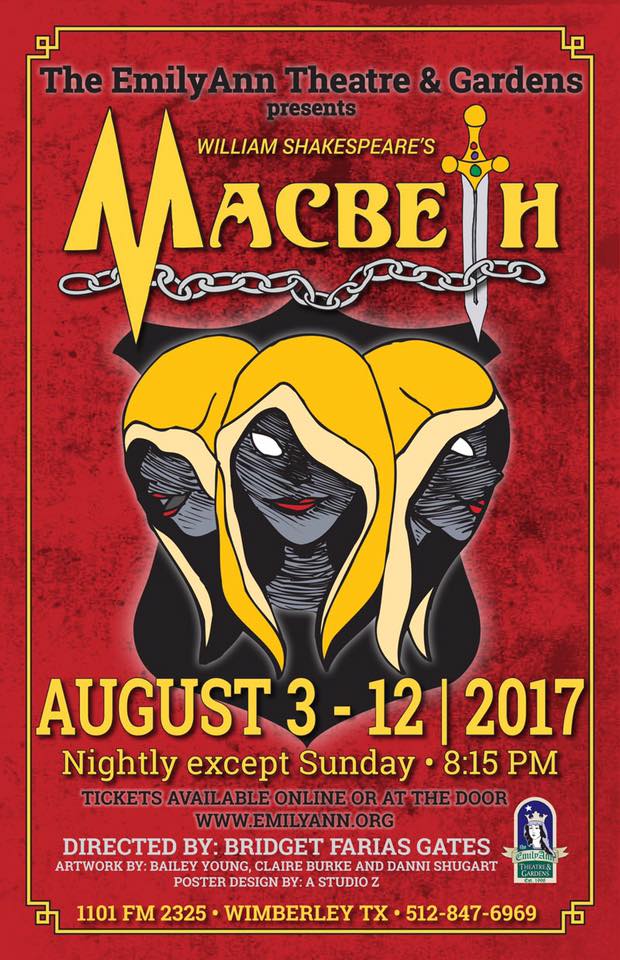