Are you ready to Rock?  Do you remember the late 1980’s or is it all kind of a blur?  Did you invest your hard-earned cash in perms and Dippity-do?  If some or all of these things apply to you, then this is your show!  Rock of Ages – a rock/jukebox musical on stage for 5 weekends at Georgetown’s Historic Palace Theatre – takes you back to the time of big rock bands with big egos playing big guitar solos and sporting even bigger hair!  A Tony-nominated Broadway musical with Book by Chris D’Arienzo, Rock of Ages is built around the hits of bands including Journey, Night Ranger, REO Speedwagon, Pat Benatar, Twisted Sister, and many more!  The suggested rating for Rock of Ages is PG-13 for adult themes and strong adult language.

The Palace appreciates the Sponsorship of Rock of Ages by Community Impact, whose mission is to build communities of informed citizens and thriving businesses through the collaboration of a passionate team.

The Director for Rock of Ages is Ron Watson, who also performs many other important jobs for the Palace under the title of Technical Director and IT Administrator.  Ron uses his directing experience and expertise for several productions each season.

Choreographer Jesee Smart brings her teaching skills and amazing ‘feel’ for dance to the stage for Rock of Ages.  Originally from Chicago, Jesee is now a constant presence both onstage and off around the Palace.  She has performed in and choreographed several shows this season, teaches for the Palace Education Program, choreographs for the current Production Workshops, and is currently the manager of the Youth Performance Company.

Jeff Davis gets the credit for the Video Design for Rock of Ages.  Jeff is the Artistic Director of Agape Theatre and the Technical Theater teacher at Leander High School.  His productions of Private Lives and Six Dance Lessons in Six Weeks both earned Broadway World-Austin Award nominations for Best Comedy and Best Director of a Comedy.

Austin Kimble fills the roles of Music Director, Keyboardist, and Conductor.  He is a Central Texas Excellence in Theatre Award nominee and the 2015 recipient of the Broadway World Austin Award for Best Musical Direction.  Costume design and construction are by Ramona Haas and Ronnie Pryor of A Cut Above in Round Rock.

Rock of Ages
by jukebox musical of the 70s and 80s, book by Chris D'Arienzo
Georgetown Palace Theatre

Ticket prices for the 2016-2017 Season are $30 Adults, $28 Seniors (55+), $28 Students and Active Military, and $14 Children (13 & younger).  *$1 Ticketing Fee will be added per ticket at checkout.  *Student Rush Tickets $17 at the door with student ID.  Group rates are available for 20 or more.  The Palace seats about 295, with reserved seating paid for in the ticket price.  The Palace office in the lobby of the theatre is open Monday through Friday from 10:00 a.m. until 4:00 p.m. (except for some holiday dates).  Purchase tickets and select seating online at www.georgetownpalace.com or by calling 512-869-7469.  (Please call ahead regarding special needs seating.)  Visa, Master Card, Discover and American Express are accepted. 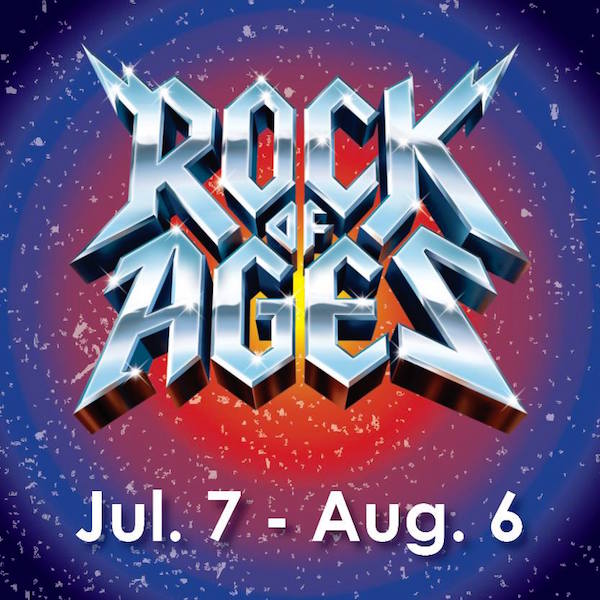