We fight for the lost. We will take Earth back.
Picking up twelve years after the events of Advance Man, Blast Radius follows a sister and a brother at mortal odds in an Earth radically changed by an alien occupation. Ronnie leads a desperate human insurgency that may have finally found the weapon that will turn the tide - at a terrible cost. Abbie, who has allied himself with the conquering alien race, may have found a chilling solution that will end human resistance for good. Action-packed and emotionally charged, Blast Radius is the story of a family and a world at war with itself.
Blast Radius is the second installment of the Honeycomb Trilogy. Three standalone plays that chronicle the story of one family and the fate of our world. If you missed Advance Man don't worry. Each play functions as a self-contained story, much like the Marvel films, they can be viewed independently, while they are richer together.
Blast Radius contains violence and adult situations and language. Viewer discretion is advised. 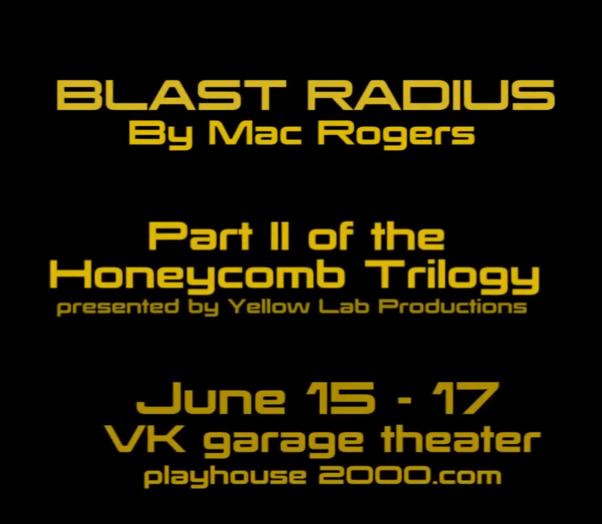 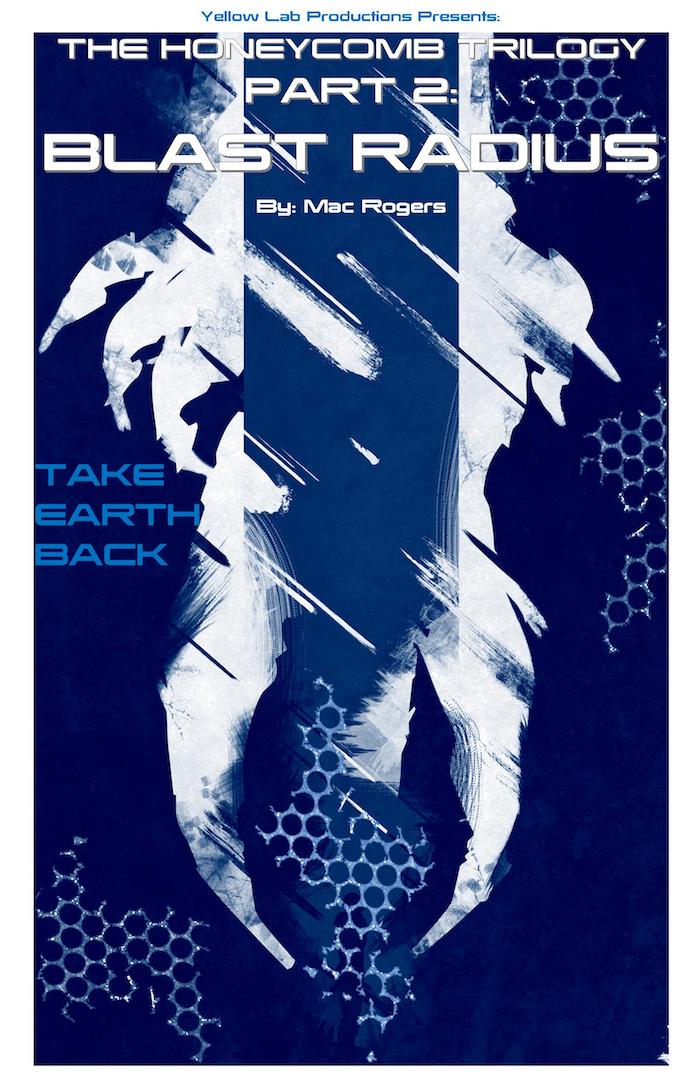 Yellow Lab Productions has been putting on shows for the last 6 years here in Kerrville. This will be our 7th show, with two more to come this year. We ...