By the Water
by Wimberley Players

Sharyn Rothstein’s By the Water was written in the wake of Hurricane Sandy. It revolves around two couples who lose their Long Island homes to the hurricane. In the wreckage of Marty and Mary’s living room they stare down at the magnitude of their loss with neighbors Phil and Andrea. Not only are their homes in shambles, but their community is quickly eroding around them. Should they leave, or stay and rebuild, knowing full well it could happen again? Marty wages a campaign to save his neighborhood but the pressure to restore what was lost ripples out to their sons and past betrayals come floating up. The flotsam of family misdeeds, resentments, and weaknesses are revealed and everyone searches for what can be salvaged.

Fiercely compassionate, sharply humorous and poignant, By the Water is a timely account of a disaster. Far from dispiriting, it is a compelling story about the evolution of a family. While the title may not be recognizable, the story is; both in how it is directly relevant to our community and how it speaks to universal human truths. 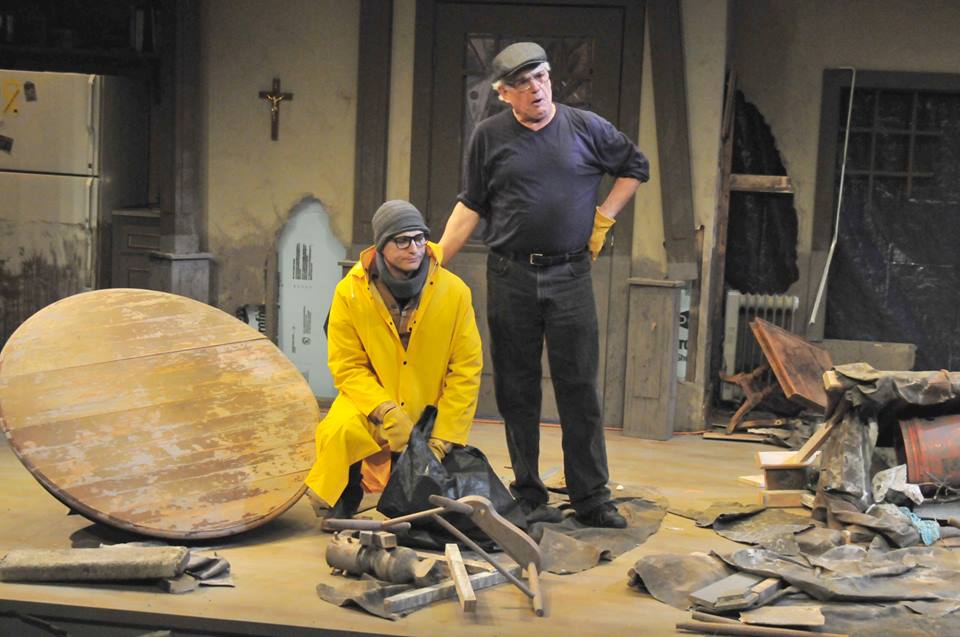 By the Water premiered Off Broadway in 2014, and in 2016 earned playwright Sharyn Rothstein the Primus Prize, awarded annually by The American Theatre Critics to an emerging woman playwright.

By the Water is presented by special arrangement with Dramatists Play Service, Inc., New York.

BY THE WATER is produced by special arrangement with Dramatists Play Service Inc, New York

By the Water
by Sharyn Rothstein
Wimberley Players