Lives are about to collide. Julia, a successful television journalist, discovers a Manhattan apartment owned by her attorney husband, Jack that she was unaware existed. As Julia explores the apartment, her musing and pain are interrupted by the sudden appearance of Katie, a beautiful young woman who seems to know Jack a little too well.

At first glance, the two women appear to have nothing in common save Julia's husband. As they face off in the apartment, secrets unfold revealing the burdens each has been carrying, and they learn they have more in common than either could have thought possible. Pied-Ã -Terre, or a second home, has a central theme about grieving, loss and survivor's guilt, where the passions of the soul come into conflict with the obligations of the mind and the needs of the heart.

Not your usual love triangle.

*This Season's Production of THEATRE ON THE EDGE -- A play with humor, content or subject matter suitable for a mature audience. 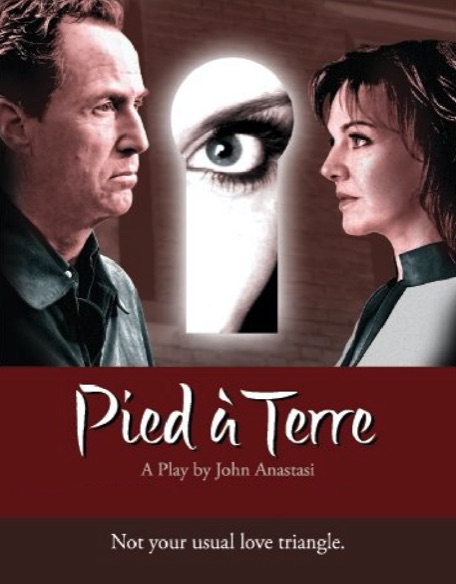