A play with music chronicling the adventures of Victorian outlaw Mack the Knife. After he secretly marries the daughter of Soho's underworld boss, he finds himself on the run with betrayal lurking around every corner.
Based on John Gay’s The Beggar’s Opera, The Threepenny Opera is a “play with music” set in Victorian London following the amorous and criminal exploits of a gangster named Mack the Knife. Working between Berlin and the south of France, the show’s creators— Bertolt Brecht, Kurt Weill, and Elisabeth Hauptman— adapted Gay’s work in the years leading up to World War II. They used The Beggar’s Opera as a framework, wrapped it in jazz, and infused it with commentary on class divisions, the economic collapse of the late 1920s, and the shifting political winds of 1930’s Europe. The concoction is spiced with humor, vaudevillian action, and Brecht’s unique method of confronting the audience about their complacency in a world desperate for engagement. It’s an odd duck, but one that has become a classic, regularly revised and eagerly reinterpreted for the last eighty years. 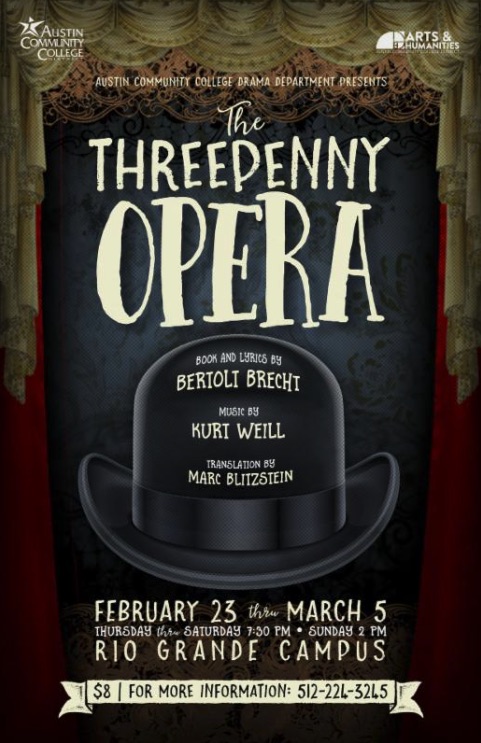