Review by T.Lynn Mikeska, Austin Chronicle
Don Quixote de LaRedo is set in an imagined future near the border between Texas and México, in a place that used to be called “Laredo.” A pair of drifters encounter the lost stories of Don Quixote and strive to “re-do” them with regrettable and hilarious consequences. This production spotlights the hallmarks of Glass Half Full Theatre’s award-winning approach to performance: wry humor and inventive use of puppeteer as character, with Beckett-esque use of physical language and stunning visuals featuring puppets and human actors. The performers use a combination of Spanish, English, and Spanglish in the show, which is easily understood by both Spanish and English speakers. 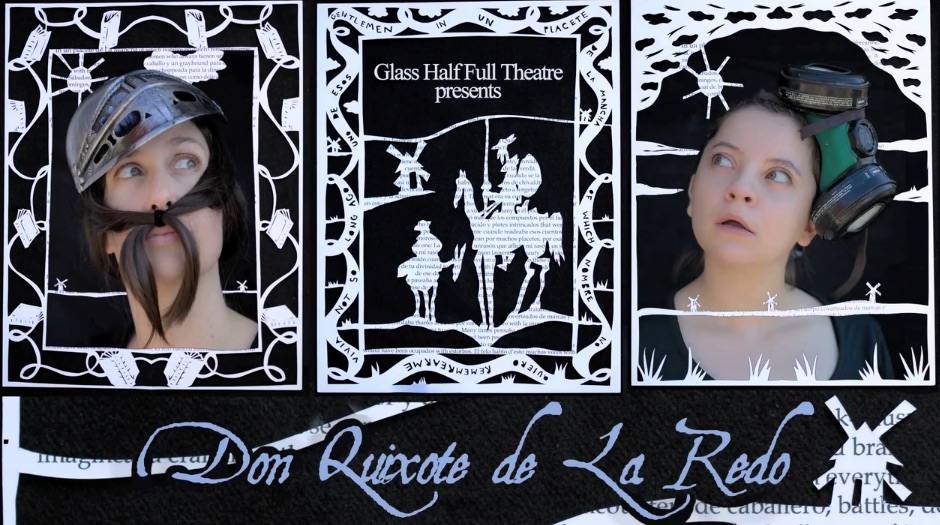 This project is a co-production with Teatro Vivo and supported in part by the Cultural Arts Division of the City of Austin Economic Development Department.
Feature by Annjanette Gauthier, Ahora Sí, January 19-25, 2017

Some free tickets will be available. 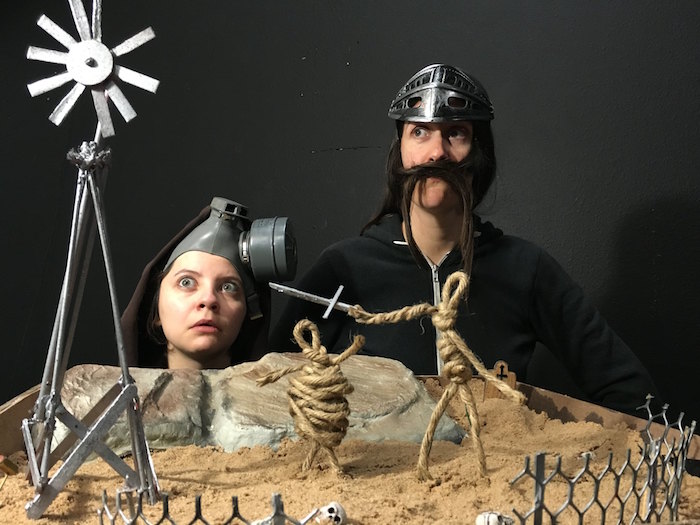