Deathtrap
by The Harlequin 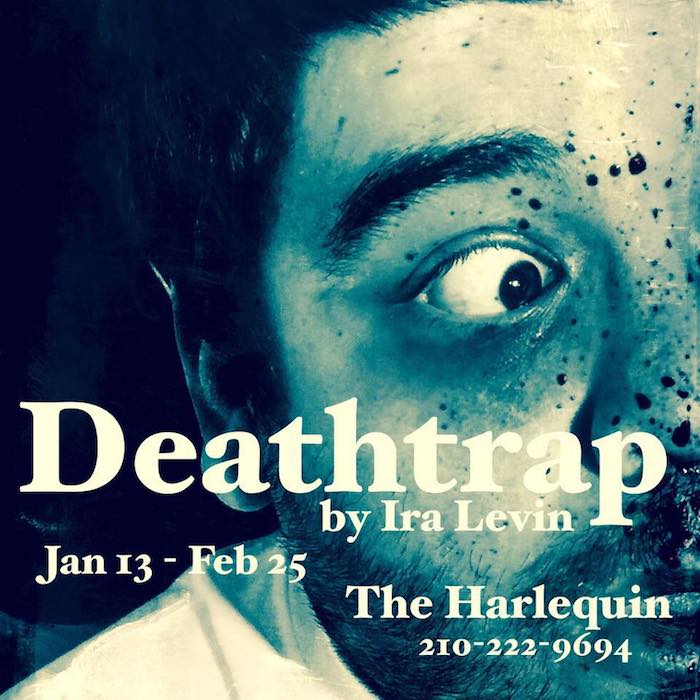 Sidney, a successful writer of Broadway thrillers, is struggling to overcome a dry spell which has resulted in a string of failures and a shortage of funds. A possible break in his fortunes occurs when he receives a script from a student in the seminar he has been conducting at a nearby college—a thriller which Sidney recognizes immediately as a potential Broadway hit. Sidney's plan, which he devises with his wife's help, is to offer collaboration to the student, an idea which the younger man quickly accepts. Thereafter suspense mounts steadily as the plot begins to twist and turn with devilish cleverness, and with such an abundance of thrills and laughter, that audiences will be held enthralled until the final, startling moments of the play.

Deathtrap
by Ira Levin
The Harlequin 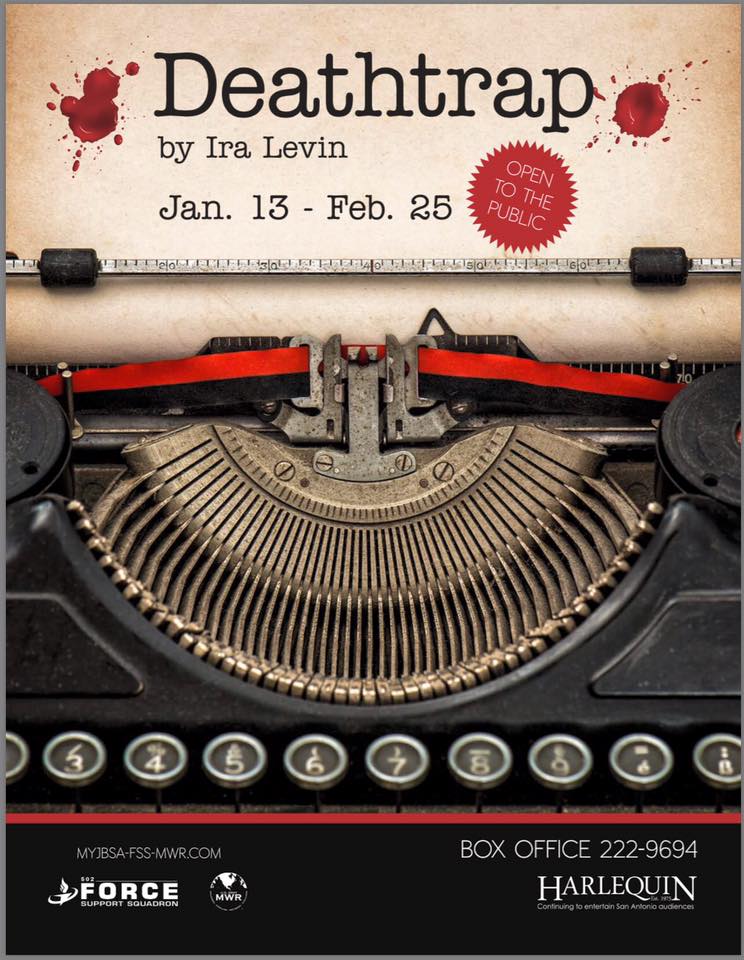 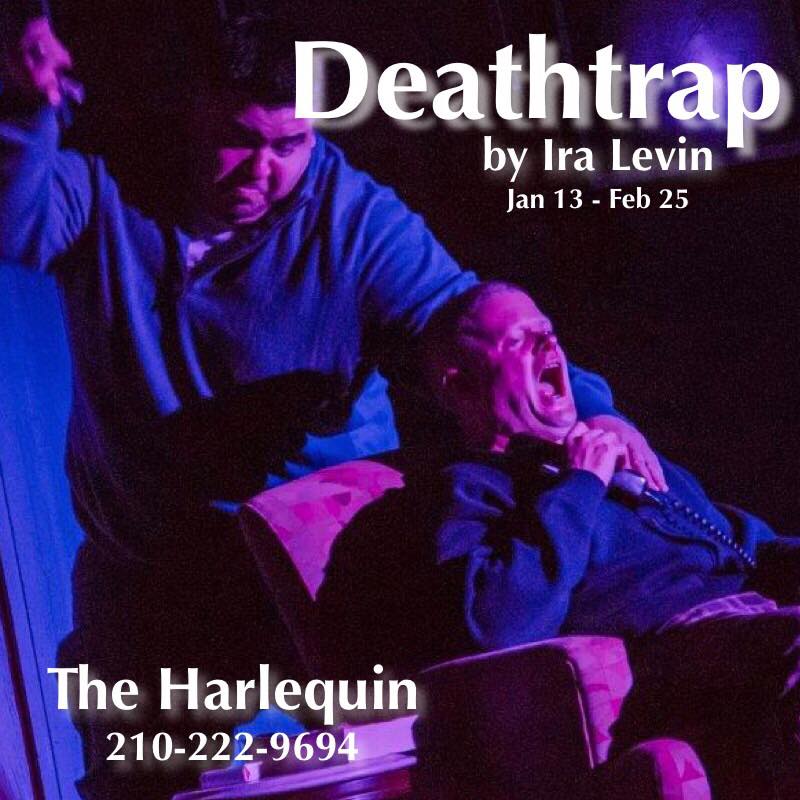 Former dinner theatre located on base at Ft. Sam Houston, San Antonio, Texas. As one of the few performing arts theatres in the military, the Harlequin produces a variety of …