1776, the musical
by Georgetown Palace Theatre

In a burst of political incorrectness, Georgetown’s Historic Palace Theatre opens its 2016-2017 Season with 1776, The Musical, interpreted in a way you might not have seen before!  With the Palace's broad spectrum of talent, why allow race or gender to be a barrier to participation?  Yes, we know that the historical truth lies in the more male-dominated era in which our country was formed; our plan is to explore how the words and ideals of 1776 resonate when performed by a more diverse set of voices.

American history tells us that in the summer of 1776 our nation seemed ready to declare independence – if our founding fathers could agree to do so! 1776, The Musical, with music and lyrics by Sherman Edwards and book by Peter Stone, follows John Adams of Massachusetts, Benjamin Franklin of Pennsylvania, and Thomas Jefferson of Virginia as they attempt to convince the members of the Second Continental Congress to vote for independence from the shackles of the British monarchy by signing the Declaration of Independence.  A funny, insightful, and compelling drama with a striking score and legendary book, 1776, The Musical carries a suggested rating of PG for themes of war, slavery, and revolution.

1776 at the Palace from Georgetown Palace on Vimeo.

Clifford Butler directs 1776 with great skill and sensitivity.  (Clifford provided the musical direction for the Palace’s 2007 production of 1776; Ron Watson directed the 2007 production.)  But with the nontraditional casting of this 2016 production come discernible differences:  both men and women populate the stage in 2016!  This is not your grandfather’s 1776!

Choreography for 1776 is performed wonderfully by Courtney Wissinger Eiland, new to the Palace but certainly not new to the business!  Courtney holds a BFA in Acting from UT and most recently co-Directed and Choreographed the Award-winning Zilker Theatre Productions of Oklahoma, Little Shop of Horrors, and The Sound of Music.

Costumes for 1776, The Musical, are provided by A Cut Above Costumes located in Round Rock TX.

“Thank you” to our non-profit partner for 1776, the Williamson County Museum, for their enduring support.

The Palace seats about 295, with reserved seating paid for in the ticket price.

The Palace office in the lobby of the theatre is open Monday through Friday from 10:00 a.m. until 4:00 p.m. (except for some holiday dates). 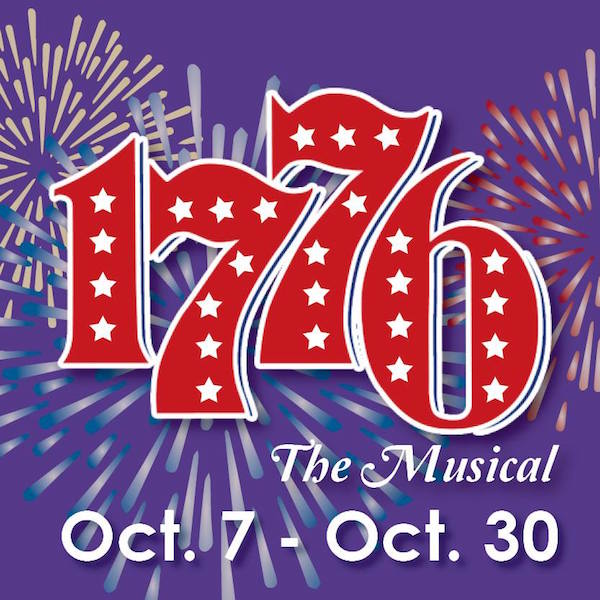