Yamel Cucuy is the story of a girl on the precipice of adulthood, contending with the physical and metaphysical violence of borders. Yamel is hunted by immigration agents while haunted by specters from the folklore of her youth in Mexico. On the shadowy frontier between worlds, she forges her own spirit of courage and wisdom, in the refusal to be “taken away,” either by legendary phantoms or agents of human law. 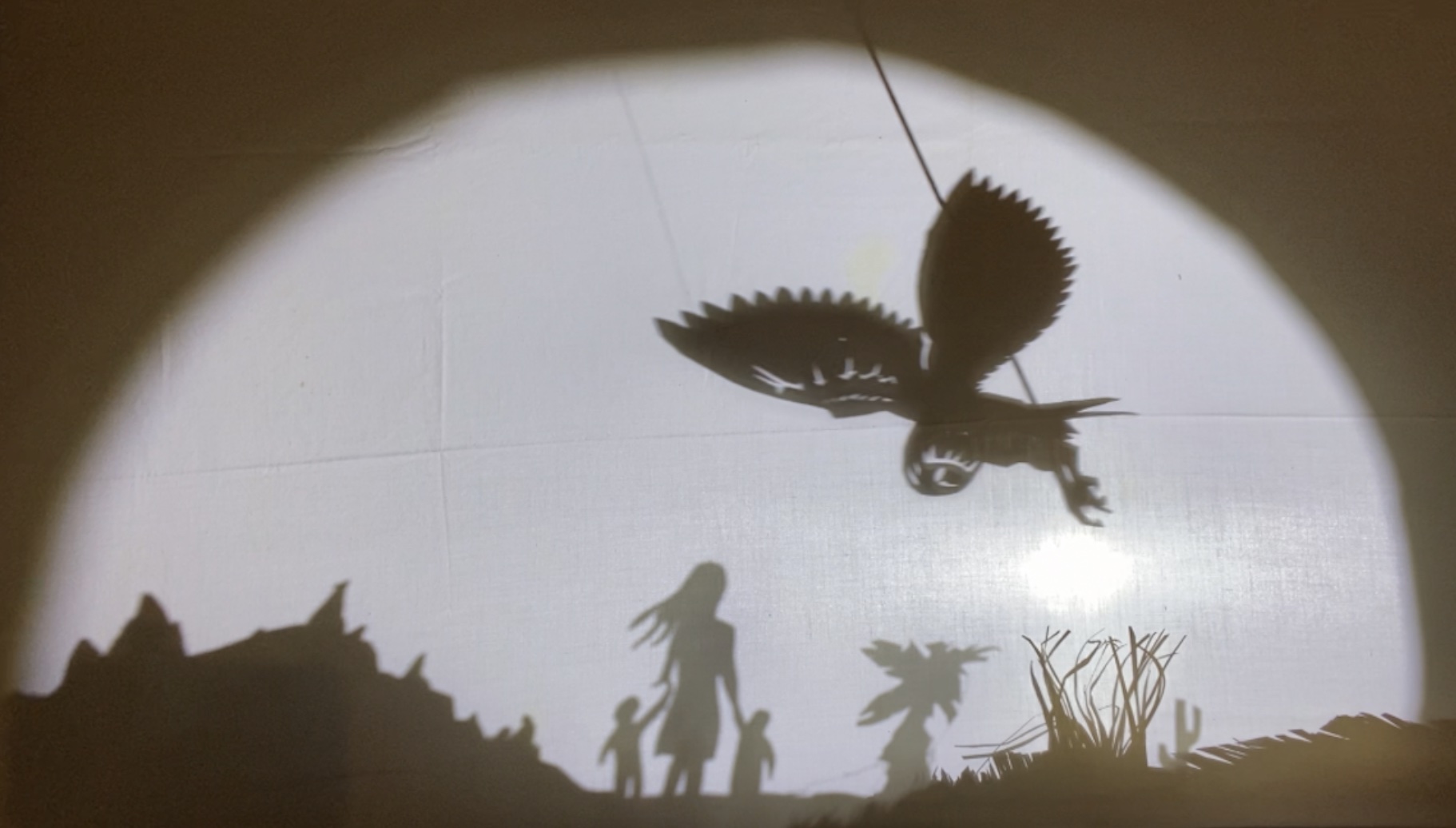 Set to an original score of indigenous percussion and folkloric guitar, Yamel Cucuy blends sophisticated puppetry with live actors and draws upon frightening folk tales and modern horror movies to create a terrifying psychological landscape of pitfalls both legal and spiritual.

Directed by Caroline Reck, with original score by Paul Pinon.

It is the tradition in many cultures for elders to extract good behavior from children by threatening them with a menagerie of legendary characters that kidnap naughty kids. In Latin American and Mexican-American traditional folk tales, the most famous is La Llorona, a weeping woman who scours riverbanks for children to replace her own, whom she drowned in anger. Others include a disembodied hand that snatches (la Mano Peluda), an old man who steals children away in a sack (El Viejo del Costal/ con el Saco), a witch whose presence summons death and is seen variously as human or owl (la Lechuza), and the scariest of all, a demon without clear description because no one who has seen it has lived to tell (el Cucuy). 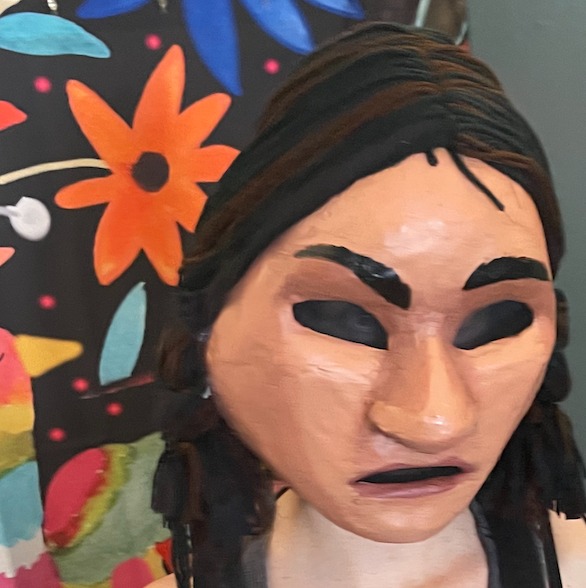 Puppetry has the power to make shadows real and monsters corporal. It has the capacity to represent abstract ideas as concrete realities. A shadow puppeteer controls light and shadow, makes something real or not by selectively pointing a flashlight. A puppeter can take an abstracted idea of an imagined threat (el Cucuy) and make it physically appear in corporal form, as real as the immigration agents who are the actual threat to Yamel’s safety. This production features shadow puppetry, 3 dimensional direct manipulation puppets, mask, and body puppetry.

Following the close of the show, on November 12th from noon - 4 PM, the company will offer a public workshop in collaboration with the Caminos program at The Emma S. Barrientos Mexican American Cultural Center in Austin, entitled “Turning Folkloric Stories into Narrative Imagery.” The workshop celebrates the power of visual storytelling through shadow puppetry. The program invites audience members and other interested parties to transform their personal family histories and legends into a visual narrative by learning how to create shadow puppets and create a story. Workshop will be open to teens and adults, and facilitated by Glass Half Full Theatre in collaboration with the interns of the Caminos program through the Mexican American Cultural Center.

Glass Half Full Theatre was awarded multiple grants and residencies for the creation of Yamel Cucuy from the following sources:

An Artistic Innovations Grant from the Mid-America Arts Alliance (2023)

A Production Grant from The Jim Henson Foundation (2022)

An Awesome Foundation Grant (2022) from the Austin Chapter

A Residency at Crosstown Arts to create the shadow puppets (2022)

A Residency at Dougherty Arts Center (2018) for the original workshop

About Glass Half Full Theatre:

Glass Half Full Theatre (Puppetry & Physical Theatre of Objects & Ideas) creates original performance using the precise physical language of both humans and puppets to confront global issues of environmental and social justice. Our productions are designed to travel across linguistic and cultural boundaries to the heart of the imagination, where together with our audience we strive to devise a sustainable, equitable, multilingual and multicultural future. The company has created work in Austin since 2012 and won dozens of B Iden Payne and Critics’ Table awards and several mentions on “Chronicle Best Of Austin” lists. Their works have toured to 25+ states and received critical acclaim for visual storytelling through innovative puppetry forms, detailed physical theater narratives, and focus on pertinent issues. The company is a collaborative effort shepherded by Co-Artistic Directors Gricelda Silva, Indigo Rael, and Caroline Reck. 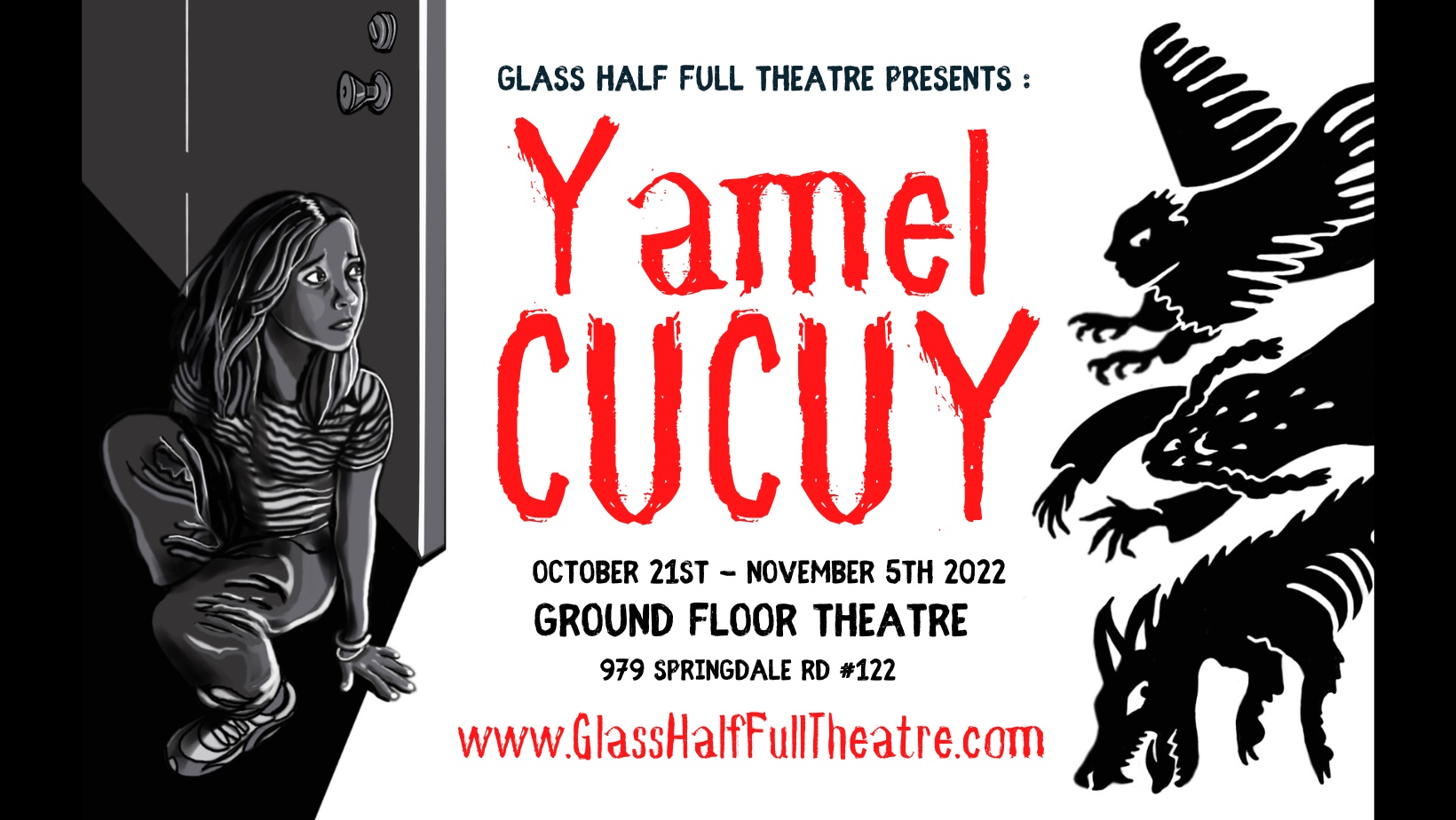