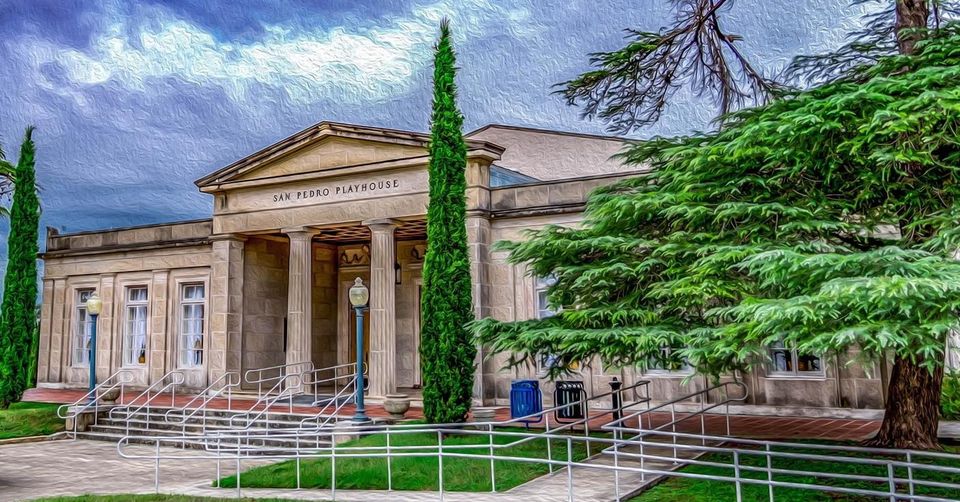 San Antonio's Theater for All

The Public Theater of San Antonio (The Public) is San Antonio’s largest producing theater, currently celebrating its 109th consecutive year of production. Its mission is to produce professional live theater that inspires, educates, and connects communities. The Public presents high-quality theatrical productions year-round and is an important artistic leader in the City of San Antonio’s cultural landscape. Its stated goal is to be a ‘Theater for All,’ where residents of San Antonio can all feel welcome in the space and comfortable engaging with the artists and the art. The Public’s direction moving forward is to maintain and improve upon its role as San Antonio’s flagship theater while creating a stronger collaborative and supportive culture, both internally and with the San Antonio community.

The Public’s history traces back to 1912 when Sara Barton Bindley, a resident of San Antonio, established the San Antonio Dramatic Club. The early years of the twentieth century saw the emergence of the little theater movement in the United States. As the movement flourished across the nation, civic leaders of San Antonio formally incorporated as the Little Theater Production Company of San Antonio in 1927, updated legally to the San Antonio Little Theatre, Inc. in 1962. During the early years under the direction of Carl Glick, the productions were held across the city in places like the Menger Hotel and Beethoven Hall. The organization’s leadership eventually petitioned the City for a permanent location and on January 22, 1930, the San Pedro Playhouse opened as the first city-built, city-funded theater in the United States. Located since then in the same building on the grounds of San Antonio’s oldest park, San Pedro Springs Park, the theater company was renamed San Pedro Playhouse in 1997, The Playhouse San Antonio in 2012, and The Public Theater of San Antonio in 2018 to align the organization’s new vision to the needs of the region.

The Russell Hill Rogers Theater, seating 350 patrons, is home to larger plays and musicals while the Cellar Theater, seating 60 patrons, houses a variety of dramas, comedies, and experimental works. Both stages host original works by local playwrights as well as classic and recent Broadway hits. The Public contracts hundreds of local artists, showcasing some of San Antonio’s greatest talent and bringing artists to San Antonio from around the country. In July 2017, The Public entered into a contractual agreement with Actors’ Equity Association (AEA) to become San Antonio’s first and only regional AEA Small Professional Theater, after more than a century operating in the non-union community theater model.

The Public has been exploring a potential new building and has secured properties at 725 and 741 West Ashby Place, just north of the San Pedro Playhouse parking lot at the corner of North Flores and West Ashby. Plans for a capital campaign for building funds are prepared and ready for further discussion in 2022 following the leadership transition and pandemic period.

Announced in January 2020, The Public’s 2020-2021 season was to feature 12 productions across the two spaces. These included the comedy Something Rotten, co-produced with Ballet San Antonio; the new musical La Casa Azul, inspired in the life of artist Frida Kahlo; and the Fresh Ink New Works Fest, a two-week festival of local, regional, and national debuts. Due to the COVID-19 pandemic, this planned season was replaced in July 2020 by the 2020-202ONE season, which featured eight one-person shows highlighting personal stories by people from a variety of backgrounds and identities, all produced and streamed from performers’ homes. This season will conclude in July 2021 with Holland Taylor’s Ann, a favorite play inspired by the legendary Texas Governor Ann Richards. The Public has a long history of engaging educational programs for local residents and artists of all ages, which were put on hold in recent years during organizational restructuring and have not yet been fully relaunched due to the COVID-19 pandemic.

The audience base for The Public has been growing substantially, increasing from approximately 250 subscribers in FY17 to more than 1,600 in FY19, with total attendance rising in the same period from 19,000 to 34,000. In pursuit of the ‘Theater for All’ vision, The Public’s board established an Equity, Diversity, Inclusion, and Access (EDIA) Committee in fiscal year 2019 and has made clear commitments around economic support, leadership, advocacy and representation, and partnerships.

The Public has a 15-member board of trustees, led by Chairman Dennis Karbach, and currently operates with a reduced core staff of seven employees, which is expected to expand when live production resumes. For the fiscal year ending August 31, 2020, The Public reported revenues of $1.8 million, with $1.1 million from contributions and grants and the balance from earned revenue. Total expenses were $1.6 million.

Located in the heart of Texas’ Hill Country, San Antonio is regarded as one of the most livable large cities in the United States. With a population exceeding 1.5 million people, the majority of which identifying as Hispanic/Latinx, San Antonio is the seventh largest city in the United States and the second largest in Texas. It has been among the fastest growing cities in the nation for more than a decade. This growth reflects both its attractive business climate and the affordable cost of living. Residents and visitors enjoy 300 days of sunshine annually and an average temperature of 70 degrees.

San Antonio ranks in the Top 50 Best Places to Live by U.S. News & World Report, with cost of living and housing costs below the national average. Downtown and the popular River Walk area have experienced significant investment in the past 20 years, sparked by the redevelopment of the historic Pearl Brewery. The lively dining scene has garnered many accolades for San Antonio, the second city in the United States to receive UNESCO’s Creative City of Gastronomy designation. Sports aficionados can enjoy games from an array of professional teams, including the NBA San Antonio Spurs and USL San Antonio FC.

The city’s economy is strong in military, health care, financial services, oil and gas, and tourism. In addition to its nationally recognized medical and bioscience sectors, San Antonio is home to Fortune 500 companies Valero and USAA as well as two of Texas’ best known food services brands, Whataburger and H-E-B. Military presence in San Antonio is centered at Joint Base San Antonio and the San Antonio Medical Center has the only burn center of the United States Department of Defense. San Antonio has been a national innovator and leader in early education, with the creation of the Pre-K 4 SA program, ensuring all children in the city have access to Pre-K early education. In 2018, San Antonio joined the International STEM Learning Ecosystem Initiative. There are 30 institutions of higher education in San Antonio, including the University of Texas at San Antonio, Trinity University, St. Mary’s University, University of the Incarnate Word, and the University of Texas Health Science Center at San Antonio.

Reporting to the board of trustees, the Executive Artistic Director will be a visionary leader, consummate fundraiser, and relationship manager. They will be responsible for engaging theater patrons, philanthropic supporters, civic leaders and elected officials, artists and community members, and other stakeholders in past organizations. Comfortable and confident in their artistic abilities and committed to their artistic integrity, the Executive Artistic Director will push the artistic envelope based on the interests and needs of the people of San Antonio. They will foster an inclusive environment of excellence, where transparency and accountability build trust among the board, staff, artists, and community. The Executive Artistic Director’s primary focus will be the artistic, organizational, and relational management of the organization. They will collaborate with the staff and artistic partners and carefully evaluate the effectiveness and practicality of new methods and systems.

The Executive Artistic Director will be a compassionate, people-oriented leader with a deep love for the performing arts. This individual will utilize empathy and discernment to thrive in a creative environment while focusing on maximizing positive results for the organization. Open to innovation and fresh ideas, the Executive Artistic Director will be a thoughtful and assertive negotiator who can adapt to changing situations with ease and comfort. This individual will possess the ability to make clear decisions and stand by them when necessary. A skilled communicator, they will be adept at understanding cultural and organizational issues and operate with a mix of business acumen and social grace.

Other key competencies include:

Qualified applicants will have a demonstrated track record in senior management experience with a theater or performing arts organization. Leading candidates will have demonstrable experience in artistic leadership, decision-making fundraising, and audience growth. The Executive Artistic Director may potentially be an artist who participates on occasion as a director or in other artistic ways (other than performing). Expertise in producing under union agreements, including with AEA is strongly preferred. Exceptional communication skills and the ability to represent the organization in public speaking engagements, media events, and public presentations are expected. The ideal candidate will possess a deep appreciation for the role that the theater plays in society. Evidence of specific commitments and actions to advance equity, diversity, inclusion, and access in previous environments, as well as exceptional written and spoken communication skills are essential.

The Public offers a competitive salary expected to be in the range of $75,000 to $95,000 and a benefits package that includes paid vacation and employer contributions to medical, dental, and vision insurance. This position will be based in San Antonio.

To submit a cover letter and resume with a summary of demonstrable accomplishments (electronic submissions preferred), please click here or visit artsconsulting.com/employment. For questions or general inquiries about this job opportunity, please contact: