Help us raise money to bring this play to San Antonio this July 2020!

This play is a typical example of the Theatre of the Absurd, and people use the phrase 'waiting for Godot' to describe a situation where they are waiting for something to happen, but it probably never will. The Theatre of the Absurd (French: théâtre de l'absurde is a post–World War II designation for particular plays of absurdist fiction written by a number of primarily European playwrights in the late 1950s, as well as one for the style of theatre which has evolved from their work.

The Overtime Theater is a non-profit organization with the mission of “theater for the people" to the greater San Antonio community through new productions and workshops in acting, playwriting, and comedy improvisation. We are dedicated to providing original, innovative, and accessible entertainment at an affordable price with $10-$15 tickets! Staring Derek Berlin and John Stillwaggon Directed by Whitney Marlett A production by The Overtime Theater and Derek Berlin Productions . 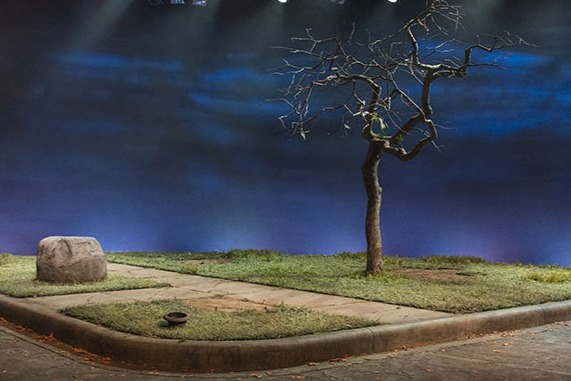