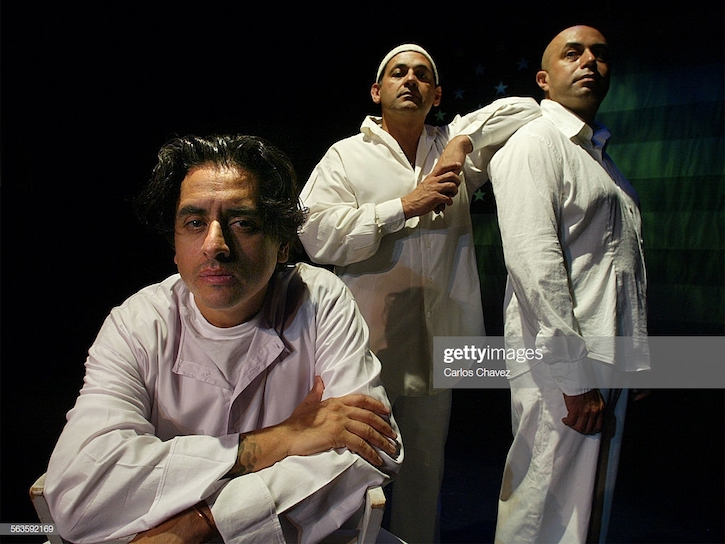 After a nationwide call for scripts, two plays have been selected for work-shopping and staged readings. Join us for these new play readings and a tribute to our distinguished guest group, the tribute to our 2019 distinguished guest group, Culture Clash, will include a Q&A session with the performance troupe members Herbert Siguenza and Ric Salinas, as well as scenes from their plays.

Culture Clash is a performance troupe that currently comprises writer-comedians Richard Montoya, Ric Salinas, and Herbert Siguenza. Culture Clash’s works range from comedic sketches to full-length plays and screenplays, all of which feature political satire and social satire. The troupe's members have appeared separately and together in several films and received numerous awards, commissions, and grants.

The tribute to Culture Clash will take place on September 6 at 7:30 p.m. in the Performing Arts Center Recital Hall. The event is open to the public and free for all who attend.

This year, BLPC will host a divisive performance workshop with Culture Clash members Herbert Siguenza and Ric Salinas.  The workshop will be on September 7 from 2-5 p.m. in room 209 of the Theatre Center. The event is free and requires a sign-up by calling 512-245-6500.

The New Play Development Reading Presentation of As a Mighty Stream by Melissa Maxwell and Rob Urbinati will take place on September 7 at 7:30 p.m. in the Performing Arts Center Harrison Theatre. Tickets are $5 for all attendees.

Following the presentation of As a Mighty Stream, there will be a special performance of Blue Spiral, written and performed by Texas State University Theatre and Dance faculty member Nadine Mozon.

The New Play Development Reading Presentation of Delivery by Jelisa Jay Robinson will take place on September 8 at noon in the Performing Arts Center Recital Hall. Tickets are $5 for all attendees.

What:               After a nationwide call for scripts, “As a Mighty Stream” and "Delivery" have been selected for work-shopping and staged readings. These world premiere play readings and a performance tribute to the distinguished guest group, Culture Clash, will be performed by Texas State University students.