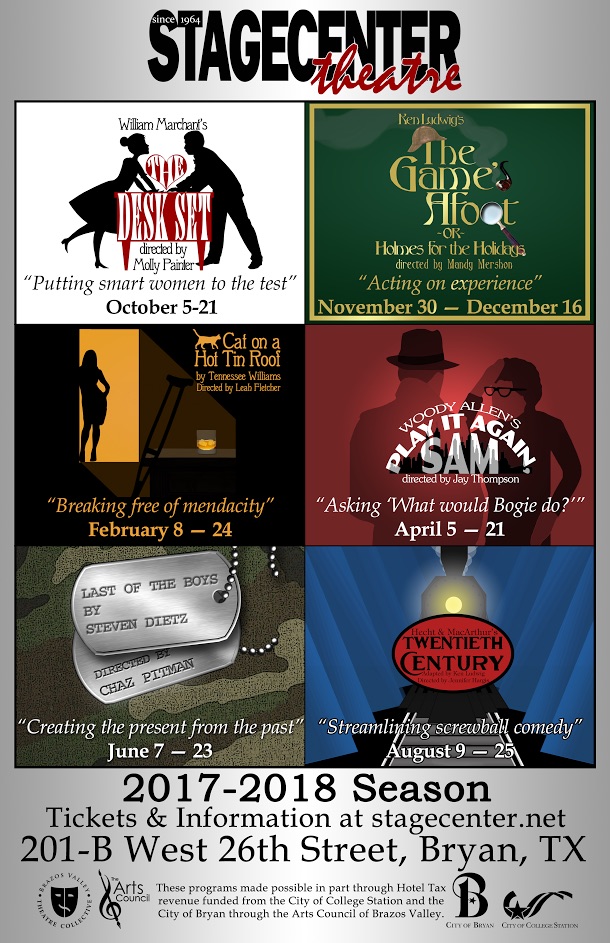 We are very excited for our new season. So without further ado, here it is:

The Game’s Afoot, or Holmes for the
Holidays by Ken Ludwig
Directed by Mandy Mershon
Auditions October 9 & 10
Performances Nov 30 — Dec 16

Our new logo, as well as all our shows, are on the poster.

See you at the theatre!