The Palace’s artistic director, Mary Ellen Butler, directs Man of La Mancha with style and spirit, taking her cues from the sweeping story and the soaring music of this timeless tale of adventure and love in unexpected places.  Written by Dale Wasserman, with Music by Mitch Leigh and Lyrics by Joe Darion, Man of La Mancha is based on Miguel de Cervantes’ epic 17th-century novel Don Quixote.  It is a remarkable, poignant, moving musical that was one of the first shows to turn a piece of historical literature into a musical play.  Set in the context of the Spanish Inquisition, Man of La Mancha is presented as a play-within-a-play, featuring such stirring songs as “Dulcinea” and the now-famous standard, “Quest” – more famously known as “The Impossible Dream.”

Austin Kimble and Kelsey Kimble combine their impressive musical talent and experience as co-Music Directors for Man of La Mancha.  Austin Kimble is an Austin-based pianist and educator whose career has spanned the worlds of musical theatre, jazz, classical, and pop music. His Palace credits are numerous!  Kelsey Kimble uses her experience performing a variety of different genres to entertain and educate others.  She enjoys singing jazz music with her husband and jazz pianist, Austin Kimble, and she also writes and performs original rock music with their band, The Kimbles.

Barb Jernigan (Set Artist) has been thrilling Palace audiences with her set artistry since 2005 during the first Palace production of The Music Man, when a little "I got this" set repair won her a permanent job!  And as always the PALACE SET BUILDERS are the most popular people on campus!

Damon Brown as Quixote/Cervantes is most welcome as he makes his first Palace appearance.  Damon, based in Austin, is well known as co-creator of The Biscuit Brothers and a writer and director on that Emmy-award-winning PBS musical television series. The amazing Sheree Bristoll is back on the Palace stage in the challenging role of Aldonza. Other notable Palace roles for Sheree have included Roxie Hart in Chicago, Jellylorum in CATS, and Sheila in A Chorus Line. 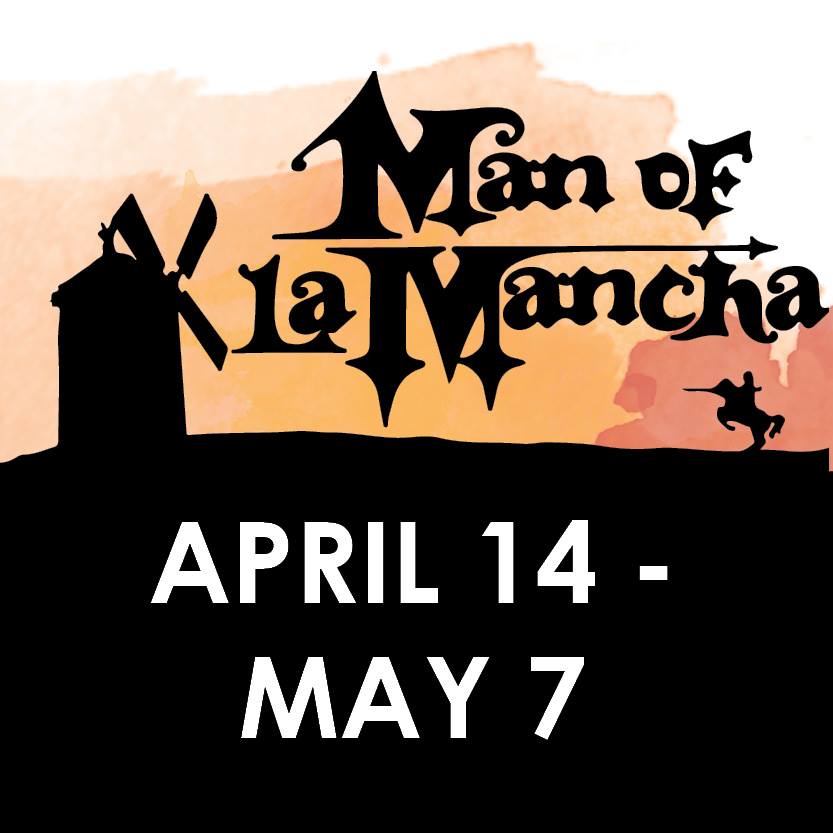