The Trojan Women
by The Baron's Men

One of Euripides’ greatest works, not to mention one of the greatest anti-war plays of all time. Set against the backdrop of the war-ridden city of Troy, The Trojan Women follows the fates of Hecuba, queen of Troy, her two daughters Cassandra and Andromache and the remaining women of Troy after their city has been sacked and their husbands killed. What fates lie in store for these women? This will be performed at the beautiful Curtain Theatre in July.

The Baron's Men will be holding open auditions in Austin, Texas, for its summer production of The Trojan Women by Euripides on March 4th at the Dougherty Arts Center and March 5th at the George Washington Carver Museum.

To request an time-slot please email your name and preferred date to audition [AT] the baronsmen.org.

Callbacks will be by invitation only and will take place on Saturday March 7th at 11:00 am at the Dougherty Arts Center and will consist of sides from the show.

ALL roles are open. A list of characters is below...

Rehearsals will begin in at the end of April and the show will run Thursdays - Saturdays July 9th-25th. 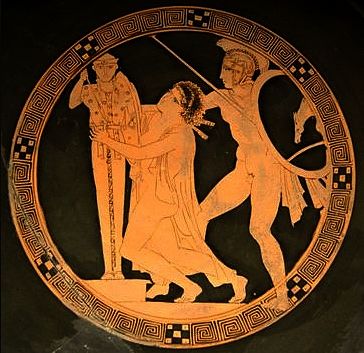