MYSTERY/SUSPENSE: This WORLD PREMIER of an original stage play involves the intrepid Sherlock Holmes and Dr. Watson as they investigate the series of murders in London’s East End in the last half of 1888. The murder victims are all women, and are linked by gruesome disfigurement by the perpetrator. The murderer has become known as Jack the Ripper because of a letter sent to Scotland Yard. He is taunting police. In a second letter, he referred to himself as ‘saucy Jacky’. But, how does Irene Adler figure into this case? Is Sherlock more involved in this case than any of us would like to believe? Will the identity of Jack the Ripper be revealed or remain a mystery?

Written and Directed by Rick White

Sherlock Holmes – The world’s first, foremost, and only consulting detective; just ask him.

Irene Adler – Irene is from New Jersey and had a career as a contralto opera singer.

Mrs. Martha Hudson – Holmes’ landlady.  She is feisty, and a bit adventurous.

Ida Parish – A tough street walker.  She takes nothing off no one, unless she is paid.

Godfrey Norton – A very well to do lawyer. Was involved with Irene and duped into a fake marriage by her.

Malcolm Giles – A young private detective.  Believes he is just as smart, just as good as Sherlock Holmes 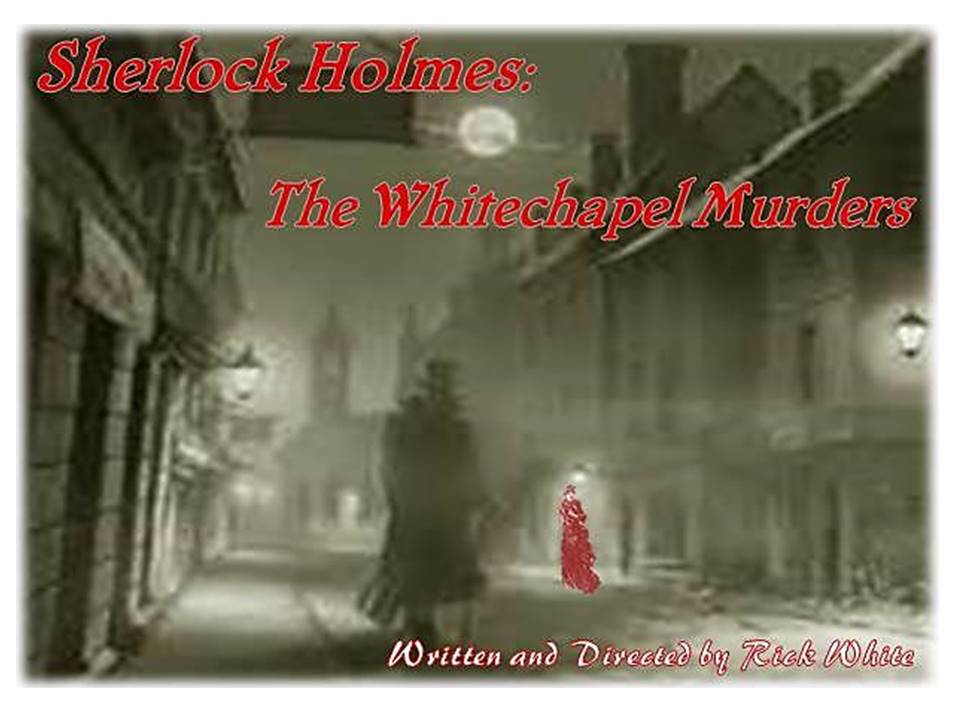