Lauren Bacall on Broadway and Debbie Reynolds onscreen assayed the title role in this knockabout farce by the author of The Seven Year Itch. Charlie was a cad, a womanizer, with a foul mouth and taste for booze Shot by a jealous husband while hightailing it from a lover’s husband’s yacht, Charlie falls out a porthole and is lost at sea only to find himself “returned” as an attractive blond woman (cigar in hand). And gets a second chance at life and love. His best friend is staying at his house as he puts Charlie’s affairs in order and after being convinced, finds himself an unwilling helper in Charlie’s new plan to marry into money.

Rusty – F, 28% – thirties.  She is the wife that Charlie was seducing when he was shot by her husband.  Needs to age-coordinate with Charlie.

Irving, Franny, Greg, and Mr. Shriber only appear in the opening scene, and would be appropriate for anyone who is very inexperienced in theater, and is willing to start with a very small part. Alternatively, they could be played by a stage manager, assistant director, or even the director.  Otherwise, their lines may be incorporated into other dialog. 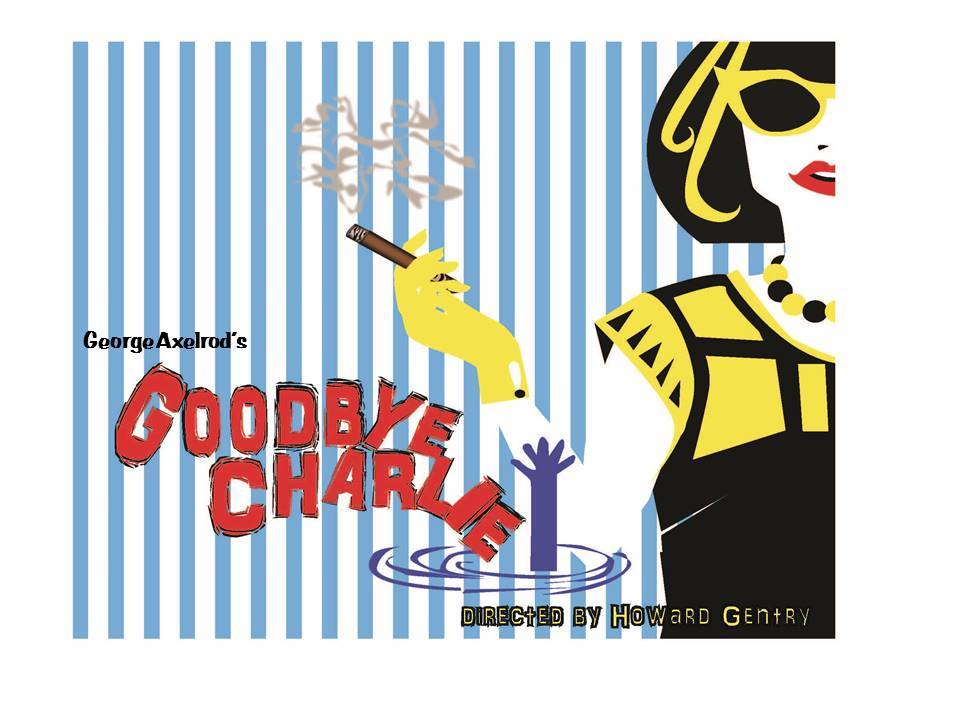