The bickering residents of a rural village in 1935 Provence, France, have been without a baker for seven weeks. They finally find peace and contentment in the new baker, Aimable, and his attractive young wife, Geneviève. However, when Geneviève is lured away by a handsome young gigolo, the middle-aged baker loses all zest for life and baking. When he refuses to bake, the villagers must work as a team to bring Aimable and Geneviève back together. A musical story about love and forgiveness.

Music and Lyrics by Stephen Schwartz

A musical, with book by Joseph Stein

Music and Lyrics by Stephen Schwartz

AUDITIONS VIA ONLINE SUBMISSION WITH IN-PERSON CALLBACKS ON:

A few one-on-one musical rehearsals during the month of February 2023, with full rehearsals beginning the week of March 1, 2023 through opening on May 5. (Schedule TBD depending upon actor availability)

The tone of the show encompasses both character comedy and genuine/truthful heartfelt emotion. Many of the village characters are quite “quirky”, but the comedy is gentle and character-driven, rather than broad or farcical. As with all Alchemy productions, emphasis will be placed on truth and believability in the storytelling.

DOMINIQUE (to play age 20s) The Marquis’ handy man. Sings well. The outside love interest of Genevieve in the story. He is physically fit, attractive, confident, and charming. With a reputation for the ladies, he is also a decent, sensitive young man with heart and a sense of humor.

MARQUIS (to play age 30s+) The Mayor. Sings well. The most important person in the village (and he knows it) to whom others turn for advice. Charismatic and somewhat flamboyant. Initially self-serving, unprincipled, and flirtatious with women. Has little concern for convention, morality and others’ opinions.

MONSIEUR MARTINE (to play age 30s+) The Teacher. Sings well. Along with the Marquis and the Priest he makes up the leadership of the village community to represent their views. The voice of reason and logic he can at times be somewhat pedantic and dismissive of those less intelligent.

MONSIEUR LE CURÉ (to play age 30s+) The Priest. Sings well. Along with the Marquis and Teacher he makes up the leadership of the village community. The voice of religion and spirituality he can at times be overbearing, disapproving and sanctimonious (leading to conflict with the Teacher’s logic and the Marquis’ immorality).

CLAUDE (to play age 40s+) The Café Owner. Sings well. Having been married to Denise for many years the shine has worn off their relationship and it is now cluttered with digs, petty criticisms, and regret. He is in an ancient feud with Barnaby to whom he stubbornly refuses to talk.

BARNABY (to play age 30s+) Hortense’s husband. Sings well. Because of an old feud, he stubbornly refuses to speak to Claude until the baker’s misfortune leads them back to their friendship. He is unreasonable and dismissive of his wife’s feelings, bordering on cruelty.

ANTOINE (to play age 30s+) A Villager. Sings well. Pessimistic in nature. Blunt, indiscreet and tactless. He manages to insult people -- most likely because he is constantly focused on a prolonged dispute with his neighbor Pierre about wanting him to cut down a tree that blocks the sun from his garden.

PIERRE (to play age 30s+) A villager and Antoine’s neighbor. Sings well. He is in a prolonged dispute with Antoine over that tree that shades his garden. He has a more simplistic, optimistic, less insistent attitude than some of the other villagers.

PHILIPPE (to play age teens to early 20s) A villager and Dominique’s good friend. Sings well and must play either accordion or acoustic guitar well enough to accompany some songs on stage. A decent but “head-in-the-clouds” (some would say scatterbrained) young poet and musician who believes, above all, and most sincerely, in love.

DENISE (to play age 40+) Claude’s wife. Sings well. Sociable, warm and wise, she is the public face of the village café and also the true soul and voice of the village. Her and Claude’s long marriage has reached a peak and their relationship is now cluttered petty criticisms and regret. She is able to turn the tables, though.

HORTENSE (to play age 30s) Barnaby’s wife. Sings well. Likeable, warm and reasonable. She too is under the thumb of her husband and consistently bends to his will. She questions her position, though, and breaks the cycle of abuse to condemn the abusive actions of the village men and her husband and courageously walks out on him.

THERESE (to play age 40+) The confirmed “spinster” of the village. Sings well. Cutting, judgmental, disapproving, and takes the moral high ground in order to hide her personal life. She is truly offended by the attitudes toward women taken up by the men of the village.

INEZ (to play age 20) The Marquis’ “niece”. Sings well. A whore and a chosen companion of the Marquis. Despite everyone in the village knowing that she is not the Marquis’ niece, she remains flirtatious, confident and utterly unscathed by other’s views of her and her dubious position.

PLEASE NOTE THAT ALL ROLES AND DATES ARE SUBJECT TO CHANGE.

If you are interested in a particular role, please let us know by submitting the following:

2)     SELF-TAPE VIDEO OF A VOCAL SELECTION – 32 bars of a song of your choice – one that best shows your vocal capabilities and represents the character you are auditioning for.

Please send to the attention of Michael Cooper, Director at: mcooper@thealchemytheatre.org and we will be happy to review and consider your request. Both your headshot and resume should be in PDF format and as attachments along with your video. Requests should be sent to the above address with a valid email address included for the purpose of return correspondence.

The Alchemy Theatre is committed to equality of opportunity in all aspects of employment. It is the policy of The Alchemy Theatre to provide full and equal employment opportunities to all artists without regard to race, color, religion, national or ethnic origin, marital status, veteran status, age, gender, gender identity or expression, sexual orientation, genetic information, physical or mental disability or any other legally protected status. We are committed to building a creative and dynamic workplace that celebrates individual differences and diversity, treating everyone with fairness and respect. 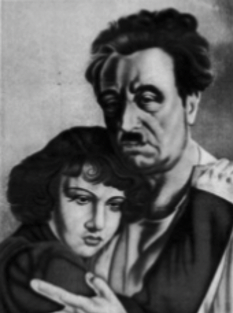