When shit goes down, your girls show up. Waking up to a shocking and personal health scare, Octavia and her best friends, June and Imani, go on a crusade to find intimacy and joy in a world that could give a fuck less about them or their feelings. This 24-hour blitz explores what it is to be a queer blk woman in 2015 New York, how we survive and save ourselves from ourselves.

“Aiming to be a raucous comedy of misbehavior and a quiet tragedy of mistreatment, [BLKS] amazingly succeeds at both…For quite a stretch of the breakneck 90-minute production, you feel the pure joy of seeing the best of people at their worst…the uncomfortable proximity of terror and pleasure, the mark of mortality in the midst of intimacy, percolates beneath the surface at all times, so that even at its most extreme and obscene—BLKS is not for prudish ears or eyes—it is serious and sad and profoundly human.” —NY Times.

“Unvarnished and totally uninhibited, [BLKS] is hilarious in the most uncomfortable ways. It’s the kind of comedy you watch with one hand covering your eyes, and the other suspending your dropped jaw…Barnes’s lack of fear as a writer is what makes BLKS a particularly joyous experience…Each of Barnes’s characters is a mess in his or her own special way, and it is in their flaws that we are best able to see reflections of ourselves—and laugh-cringe at the mirror’s harsh truth.” —TheaterMania.com.

“…[a] disarming, vivacious comedy…Barnes’s irreverent and exuberant play, saturated in race and sexuality, is part romantic sitcom, part existential reflection…Before you know it, a deep, soulful riff is unwinding…It’s a persistent, perceptive entertainer. The zest of these women is off the charts.” —Washington Post.

Auditions for New Manifest Theatre's production of BLKS by Aziza Barnes will be on Saturday, March 26th from 12-4pm at the Dougherty Arts Center. Auditions will consists of readings of sides from the script. Sides will be emailed to each person after they sign up through this form (click HERE to go to webform).

OUT OF TOWN ACTORS: If you are not able to attend in-person auditions on March 26th, please email newmanifesttheatre@gmail.com for alternative audition options.

Rehearsal will be weekday evenings and some weekend daytimes in May and early June.
The show will run 6/16/2022 - 7/3/2022 in the evenings.
Each actor will receive a stipend.

- OCTAVIA; Is a deeply awkward, weird, introvert, super dork blk girl. Queer. Blk. Mixed blk. 1/2 blk. Whatever. Blk with a white dad from Cornwall, England, who don't het it. 22. Aspiring writer of movies. Dates Ry. Drinks too much and can't hold it as well as Imani. No filter. Speaks throughs as they exist in her head because the world is her head. Nerdy white boys build shrines to her for her genuine love of Japanese anime, Harry Potter, and Octavia Butler, the woman after whom she is named. Her adoration of Star Trek is astounding and she can quote Blaxploitation movies offhand. She loves other worlds, would rather live in them than this one. She's beautiful and makeup confuses her. Her uniform is sweatpants paired with large chunky heels or boots, for her love of comfort and hatred of being short. She hasn't told her parents that she's queer.

-IMANI; Haitian. Very Haitian. Matter fact, you'd be hard pressed to find anyone more Haitian. No accent, but can turn it on when she wants for emphasis. 23. A budding alcoholic by American standards. Does a first-rate impression of Eddie Murphy from his RAW stand-up/movie and is always striving to perfect it. Single. Constantly gets fired from the same hob at Nuyorican Poets Cafe on E. 3rd Street between Avenue A and B for jumping on the mike in the middle of her bartending shift and doing her Eddie Murphy impression. Her dad passed away three months ago. Pancreatic cancer. RAW is what they watched on repeat together when he was in the hospital. The last days.

- JUNE; Dates a dude named Jamal, has dated a dude named Jamal for five years, since she and Octavia were in high school together in Los Angeles, their city of birth. Octavia is June’s ace boon and roll dogg. Don’t leave the house without her. 22. June is the only responsible drinker among the three roommates. Knows how to hack into databases of collegiate universities to access free JSTOR accounts. Plays a lot of Call of Duty. Is most at home in front of a screen. She is studying to be an accountant. She sells weed and is very professional about it. She comes from bougie blk folks who have had money in the family for two generations. Did Jack and Jill, LINKS, the whole nine. Jamal was her date to cotillion. Light skin blk girl. Hair always straight and long without weave. She is very proud of this. A prude, in a way. Cold, sometimes. Nah. Cold. often. Usually unemotional, repressing. Makes pancakes for her roommates’ hangovers.

RY; An employee at Blink Fitness. Errs on the side of butch femme, landing in a mostly androgynous aethetic. Loves to laugh and tells a good joke. Occasionally insensitive, but this is a product of her strict boundaries and clear communication. Wildly mature, for her age, for all ages. From the Bronx. Says “breh” at the end of most thoughts and/or sentences. 25. Has been trying to land an internship with Terence Nance for two years. Doesn’t really drink. Some OCD tendencies. Goes to Pride every year. A fantastic chess player. Dominican. Whole family Catholic. Only queer woman in her family that she knows of. Part-time film student at Brooklyn College. Overwatched Aaron McGruder’s The Boondocks until the April 21st, 2014, hijacking of the show from Aaron McGruder, which broke her heart completely.

JUSTIN; A lovesick. Watched Shakespeare in Love too often as a child through his parents’ divorce. Says things like “I want to make love to you” and “I want to rub your feet,” and means them. You’d think he’d get all the ladies. He doesn’t and hasn’t for quite some time. Plays up-right bass in a jazz band and acoustic guitar in his apartment. His favorite song is Barry White’s “I’ve Got So Much to Give.” 23. He believes in love and fate and whiskey, always with love as the first and most important, the other two changing depending on the day. Possesses some stalker tendencies: overcalling, overtexting, etc. He would call himself “passionate.” Talks to his mom on the phone every morning. Works at Sunshine Cinema (RIP) and sees a lot of couples on dates. From Trinidad and Tobago. His parents are extremely reserved. He is the family oddity, even from his brother, who is his polar opposite in all things.

THAT BITCH ON THE COUCH; Is the only white person in this play. She’s from Westchester, New York. Incredibly wealthy, like old money white folk WASP and all that. 23. Incredible white. Went to Exeter Academy for high school type shit. Did cotillion and founded her boarding school’s Blk Student Union. It was confusing. 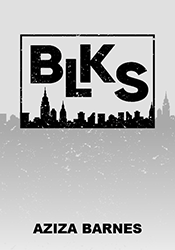