A comedy-drama play written by Neil Simon. The play involves a film screenwriter who has abandoned his family, and his daughter who arrives at his home, seeking his help in becoming an actress.
Characters:
Libby Tucker- A 19-year-old aspiring actress from Brooklyn, New York. Raised by a lonely and distracted single mother, Libby is close to her brother and especially to her grandmother. Libby claims to "speak" with her grandmother frequently, despite the fact that her grandmother has passed away. Positive, independent, and determined, Libby will do anything to accomplish her goals, whether that goal is to become a movie star or to reconnect with the father she never knew.
Herb Tucker- a screenwriter struggling with writer's block and a fear of commitment. Married three times and unable to take the next step with his current girlfriend Steffy, Herb is unequipped to deal with the sudden appearance of his daughter Libby 16 years after he abandoned her, her mother, and her brother in New York.
Steffy Blondell- a Hollywood make-up artist, Steffy has been seeing Herb "on-and-off" for several years. Steffy is a single mother and has a strong sense of responsibility. She wants more of a commitment from Herb, but is aware that he is likely unable to give it to her.
Auditions Saturday, February 27, 2021 at 11 AM CST, Point Theatre
Directed by Dan Kirkland. Those auditioning will be reading from the script. Scripts will be available for checkout from the box office in the week leading up to auditions.
[graphic 2016, via Connectiva.org] 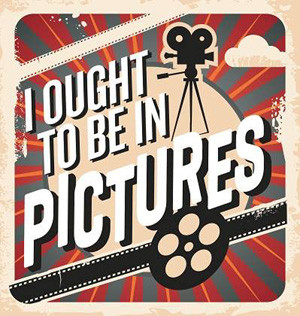