Murdered to Death
by Way Off Broadway Community Players

A pleasant little weekend party in the country quickly devolves into a sideways send-up of Agatha Christie. Enter the usual suspects, rife with intersecting backstories, secrets, and motives; not to mention errant pistols, forged paintings, blackmail, affairs, an alluring last-will-and-testament, acerbic dialog, and a good deal of sherry… Will you deduce who done it? Or die laughing?

Way Off Broadway will hold open auditions for the play "Murdered to Death" by Peter Gordon at 7 pm on Monday, February 17, at the theater.

Auditions consist of cold readings from the script. A resumé and photo would be helpful but are not required. Bring your personal schedule to identify conflicts with rehearsal and performance schedule. We are located at 11880 Hero Way West, Bldg 4, Leander, TX 78641 (behind Smokey Mo’s).

The characters in Murdered to Death are all deliberately based upon ‘whodunnit’ stereotypes. Experience over many productions shows that the humour works best when they are played relatively ‘straight’. Ages are for guidance only and can be varied, provided that the overall balance is maintained. 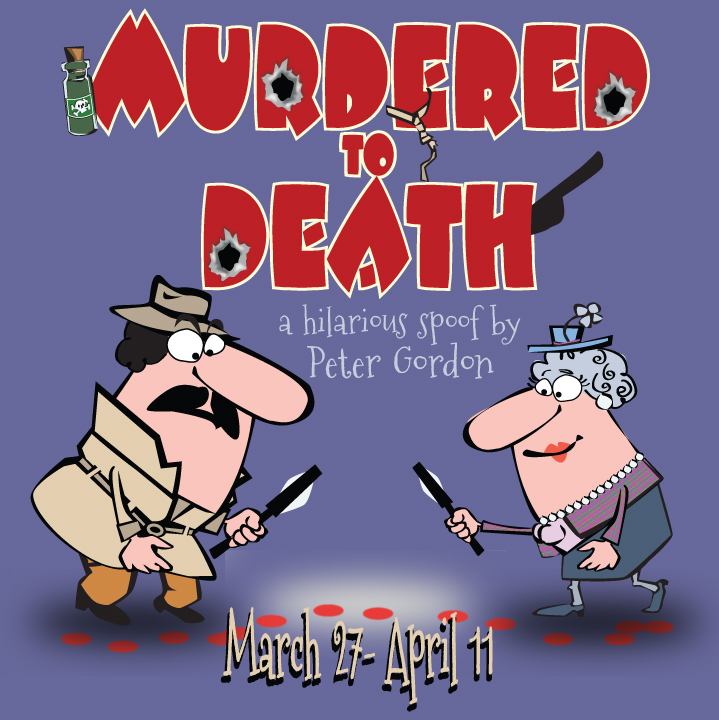